US kills Islamic State leader in Iraq - The Horn News 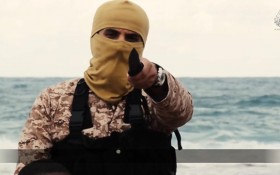 U.S. and Kurdish officials say their forces carried out a joint assault in northern Iraq that killed an Islamic State leader.

The operation was publicly announced Monday by the Kurdish Region Security Council. It identified the targeted Islamic State figure as Salman Abu Shabib al-Jebouri and said he was supervising the Islamic State’s activities in the south part of Mosul and nearby areas. It said two of his aides also were killed.

Another U.S. official, who was not authorized to discuss the operation publicly and so spoke on condition of anonymity, confirmed that U.S. Special Forces carried out the assault with Kurdish counterterrorism forces.