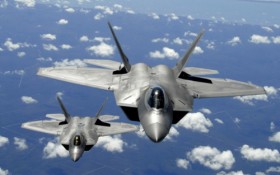 In the face of heightened tensions on the Korean peninsula, the United States Air Force decided to send a clear message to North Korean dictator Kim Jong Un.

Using the most technologically advanced fighters in the world, the Air Force demonstrated who the real military muscle is in the region.

A squadron of fighter jets flew near the Korean border on Wednesday in a clear show of force against the repressive North’s regime, a day after South Korea’s president warned of the North’s collapse amid a festering standoff over its nuclear and missile ambitions.

The stealthy, high-tech F-22 planes capable of sneaking past radar undetected landed at Osan Air Base near Seoul after the flyover escorted by other U.S. and South Korean fighter jets.

Pyongyang will likely view the arrival of the planes flown from a U.S. base in Japan as a threat as they are a display of U.S. airpower apparently aimed at showing what the United States can do to defend its ally South Korea from potential aggression from North Korea.

“The F-22 ‘Raptor’ is the most capable air superiority fighter in the world, and it represents one of many capabilities available for the defense of this great nation,” Lt. Gen. Terrence J. O’Shaughnessy, deputy commander of the U.S. military command in South Korea, said in a statement.

“The U.S. maintains an ironclad commitment” to the defense of South Korea, he said.

The U.S. military would not say how long the F-22s will be deployed in South Korea.

The international standoff over North Korea deepened earlier this month when Pyongyang ignored repeated warnings by regional powers and fired a long-range rocket carrying what it calls an Earth observation satellite. Washington, Seoul and others consider the launch a prohibited test of missile technology.

Foreign analysts say the North’s rocket launch and nuclear test put the country further along it its quest for a nuclear-armed missile that could reach the U.S. mainland.

Check out the amazing pictures of the Air Force’s flyover below. 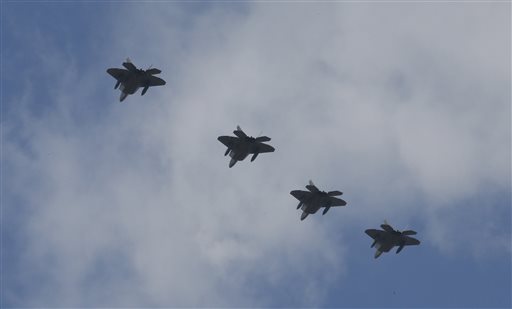 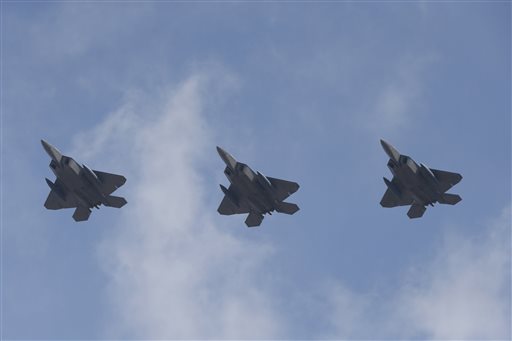 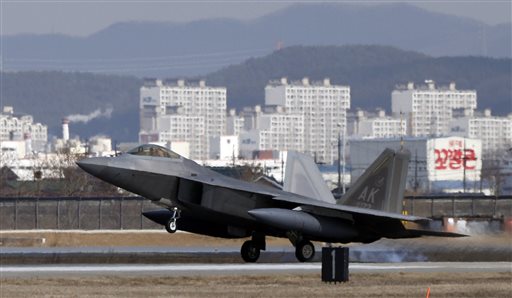 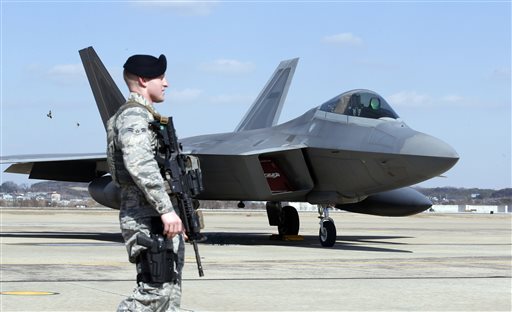 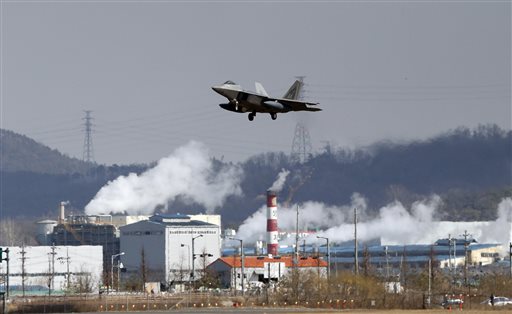