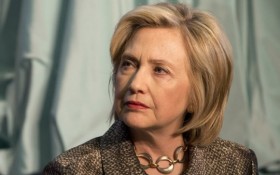 Democrats are less than thrilled about former Secretary of State Hillary Clinton’s presidential campaign. Now with Vice President Joe Biden rumored to be just days away from entering the race, this could soon be the end for Clinton.

“She kind of turns me off,” said Marsha Campaniello, a 63-year-old real estate appraiser from Concord, as she walked out of a recent Clinton rally.

At ice cream shops and book stores, at summer fairs and fall festivals, Clinton is running into voters such as Campaniello and their questions about her character.

Interviews with nearly 70 Democratic and independent voters in the past two weeks, all at places where Clinton has campaigned in the first-to-vote states of Iowa and New Hampshire, repeated a similar theme.

Voters expressed a litany of concerns with Clinton and her candidacy. Some say they are skeptical of her positions. Others question her honesty and how she handles controversy, including recent inquiries into her use of a private email account and server.

Jim Gallagher, a 61-year-old, real estate investor from Manchester admitted that, “she just rubs me the wrong way.”

The unenthusiastic reaction her candidacy receives from some Democratic voters shows that despite her nearly quarter-century on the public stage, Clinton struggles to inspire the kind of personal passion that could win her the White House.

The public’s opinion of Clinton has grown steadily more negative since she returned to partisan politics with the April launch of her second White House campaign, after a period of high ratings while she was secretary of state.

Gallup surveys conducted in August and September found her positive ratings at their lowest point since 1992, her final year in Arkansas before becoming first lady.

Donna Colabella, 66, a mental health counselor from Manchester, said “There is a lot of baggage with Hillary that concerns me.”

Speculation about Biden’s plans swirls, a prospect that intrigues some voters. Splitting an ice cream sundae with his 2-year-old son on a late-summer night in Derry, Michael Thiele, 33, said he hoped the vice president could rekindle Democratic enthusiasm.

“If Biden decided to run tomorrow, I’d be in his campaign office signing up,” he said. “It does come down to sincerity now that I think of it. And I think he’s really sincere.”