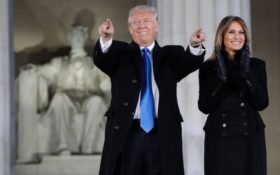 The U.S. economy had a blockbuster growth in the April-June quarter, growing at an annual rate of 4.1 percent. That’s the fastest pace since 2014, driven by consumers who began spending their tax cuts and exporters who sought to get their products delivered ahead of retaliatory tariffs, according to a highly anticipated estimate.

The Commerce Department reports that the gross domestic product, the country’s total output of goods and services, posted its best showing since a 4.9 percent gain in the third quarter of 2014.

President Donald Trump predicted growth will accelerate under his economic policies — and that would mean a boost in the standard living for many Americans.

This surge in growth is proof that Trump’s tax cuts, commitment to deregulation, and trade deals are finally paying off.

On Tuesday, the president tweeted, “Our Country is doing GREAT. Best financial numbers on the Planet. Great to have USA WINNING AGAIN!”

Our Country is doing GREAT. Best financial numbers on the Planet. Great to have USA WINNING AGAIN!

“What we’re seeing in the Trump economy is wages going up for the first time in a long time,” said Peter Navarro, the top trade adviser to the president.

He added, “We’re seeing unemployment go down to levels we haven’t seen since the 1990s. This is a strong economy. This president’s economic policies are succeeding, and trade is a big part of that.”

Economists say that the rest of the year is likely to see good, but slower growth of around 3 percent.