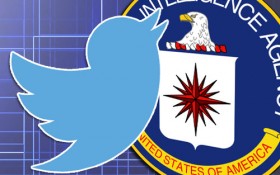 And the decision could be putting American lives in danger.

That’s according to a recent report by the Wall Street Journal, which revealed that Twitter has cut off the U.S. intelligence community from using the company Dataminr to gather data.

Dataminr scours Twitter looking for chatter and uses algorithms that may predict when attacks or political unrest are imminent. For example, Dataminr notified its clients of the Paris terror attacks last year more than 10 minutes before major news organizations broke the story

It’s a heavy-duty service “only available to clients with a big enough checkbook,” according to a report by Wired.com.

Major U.S. intelligence communities were among those clients, who used the service as an important tool in the War on Terror and to monitor ISIS.

But according to reports, Twitter has told Dataminr to stop cooperating with U.S. intelligence agencies.

“Analysis of Twitter and other social-media services has become increasingly important to intelligence and law-enforcement agencies tracking terror groups. Islamic State posts everything from battlefield positions to propaganda and threats over Twitter,” the Wall Street Journal reported.

Not everyone is upset by the news of the Twitter fracture, however. Privacy advocates hailed the move as an important check against government surveillance.

“Post-Snowden, American-based information technology companies don’t want to be seen as an arm of the U.S. intelligence community,” Peter Swire, an expert on data privacy, was quoted in the Wall Street Journal report.