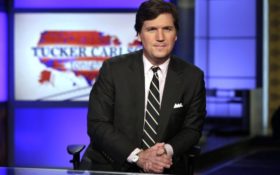 Fox News star Tucker Carlson is an outspoken conservative — but on Wednesday, he dropped a bombshell on Sen. Elizabeth Warren, D-M.A., that left viewers stunned.

Warren had dumped the regular Democratic nonsense and had boiled down the issues to what matters most to Americans: Paying jobs. Security. Patriotism.

“There’s not a word about identity politics in the document,” Carlson continued. “There are no hysterics about gun control or climate change. There’s no lecture about the plight of transgender illegal immigrants. It’s just pure, old-fashioned economics — how to preserve good-paying, American jobs.”

“She says the US government should buy American products when it can. And of course, it should,” he told viewers. “She says we need more workplace apprenticeship programs because four-year college degrees aren’t right for everyone. Well, that’s true. She says that taxpayers ought to benefit from the research and development that they pay for.”

“She sounds like Donald Trump at his best,” Carlson told viewers. “So who is this Elizabeth Warren, you ask? Well, not the race hustling, gun-grabbing, abortion extremist you thought you knew.”

Of course, it wasn’t all roses.

Carlson said despite a strong economic proposal, Warren is still a hysterical, far-left Democrat more interested in fighting about bathroom rules than protecting American jobs — which is the problem with establishment politics.

Simple, bipartisan issues like American jobs get swept up in hysterical nonsense.

“In Washington, almost nobody speaks for the majority of voters. You’re either a libertarian zealot controlled by the banks, yammering on about entrepreneurship and how we need to cut entitlements. That’s one side of the aisle,” he said.

“Or worse, you’re some decadent trust fund socialist who wants to ban passenger cars and give Medicaid to illegal aliens,” Carlson continued. “That’s the other side.”