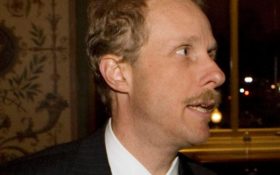 It’s the headline of every major newspaper and media outlet this morning – there is a power struggle in Washington, D.C. between President Donald Trump and the spies in the CIA and NSA.

Last week, The Horn News first reported that former President Barack Obama loyalists — many hidden within the intelligence community — are doing everything they can to sabotage Trump’s presidency.

It has been called a “shadow war” — and Trump secretly began his retaliation days ago.

While intel officers are deliberately leaking secret anti-Trump intel to the mainstream media, and The Washington Post reported Thursday that top brass at the spy agencies are keeping classified information hidden from Trump, the Trump administration has their own tricks prepared.

It is “an effort that members of the intelligence community fear,” The New York Times reported, because Feinberg is not just a political outsider. He’s a professional “Mr. Fix-It” who has made his fortune turning around problem-riddled companies.

The whole time the media’s attention has been glued on Lt. Gen. Michael Flynn’s resignation, the president’s plan to strike back at the intelligence community has been in motion.

Feinberg’s ability to identify problems, plug holes, and “make things right” in the business world has been the subject of praise all across the private sector.

Now he’s going after the Obama loyalist creeps hiding in the CIA.

Feinberg held discussions with the Trump transition team about “a senior role,” according to a letter to Cerberus investors on Thursday.

“Feinberg cofounded Cerberus, named for the mythical three-headed dog that guarded the entrance to Hades, in 1992 and has served as chief executive since its inception. He has steered the firm to mostly impressive results over the past two decades, showing a particular knack for investing in distressed assets,” Forbes reported. “Cerberus now boasts more than $30 billion in assets under management, and Feinberg has amassed a personal fortune of more than $1.2 billion, according to FORBES’ real-time rankings of the world’s billionaires.”

Now he’s giving that all up and taking this talent to the Trump administration, where Feinberg will be tasked with investigating the halls of power at the CIA and NSA and identifying the problems.

In other words, Trump has given his “Mr. Fix-It” one simple goal: Drain the swamp.