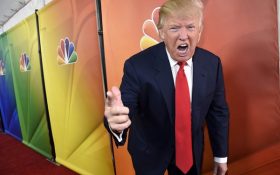 The current presidential election has been a voter backlash against the rigging, corruption, and injustice by government elites in Washington, D.C. American citizens appear convinced many government officials and political insiders abuse their power for personal gain.

And Republican presidential nominee Donald Trump has had enough.

In a recently released ethics proposal, Trump is attacking these issues head on, leaving the establishment scared breathless of a Trump presidency and the power he would remove from their hands.

The Trump campaign released a five-point plan for ethics reform Monday, in an effort to clean up the corruption in Washington and ensure America has a fair and trustworthy democracy.

“It’s time to drain the swamp in Washington, D.C. That’s why I’m proposing a package of ethics reforms to make our government honest again,” Trump said in a statement.

Each of Trump’s five points are an effort to stop lobbying and election corruption in Washington.

His first point is to, “re-institute a 5-year ban on all executive branch officials lobbying the government for 5 years after they leave government service.” He expresses forward thinking in suggesting Congress pass this into law as opposed to the president, in order to prevent any future president from revoking it through executive order.

Second, he wants Congress to pass a similar ban on itself, so former members of Congress and their staff cannot lobby within the government for 5 years.

His third proposal is to expand the definition of lobbyist, which currently allows government officials to claim to be “consultants and advisors” when they are truly attempting to influence a political decision. Closing this loophole would limit shady government dealings and reveal them for what they truly are.

Trump proposes a tougher “lifetime ban against senior executive branch officials lobbying on behalf of a foreign government,” as his fourth point.

This is something that the campaign of Democratic presidential candidate Hillary Clinton was accused of doing in the primaries and was allegedly revealed in the emails leaked from Clinton campaign chairman John Podesta. Fox News reported Monday that members of the Clinton campaign discussed if accepting the foreign donor cash was a good idea, ultimately deciding to take the money.

Clinton’s entire career is the best example of the establishment insiders working together to get what they want, and if Trump’s proposals were enacted, she and her cronies would be revoked of their high-ranking powers and have to work to make decisions that are right for the entire country, not just the elite. 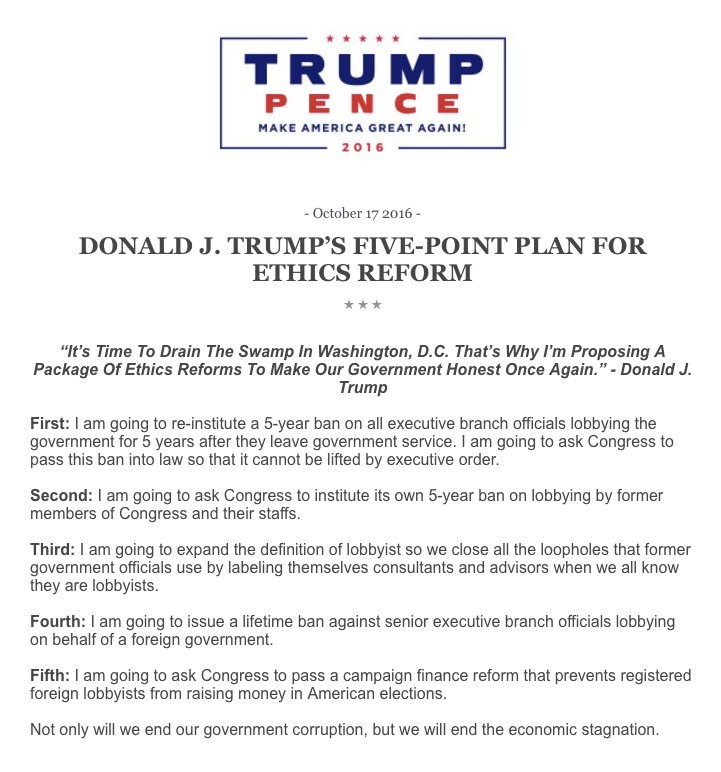