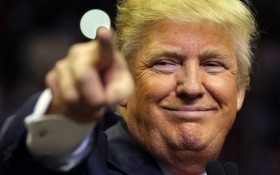 Ann Coulter’s next book will be a story of praise — for Donald Trump.

Sentinel, a conservative imprint of Penguin Random House, announced Monday that Coulter’s “In Trump We Trust: The New American Revolution” will be published Aug. 23. According to Sentinel, Coulter will call on “conservatives, moderates, and even disgruntled Democrats” to unite behind the presumptive Republican nominee, whom Coulter has supported for months.

Coulter shares with Trump a long history of inflammatory comments. She says in a statement that he is a “one-man wrecking ball against our dysfunctional and corrupt establishment.”

Her other books include “Mugged: Racial Demagoguery from the Seventies to Obama” and “Treason: Liberal Treachery From the Cold War to the War on Terror.”