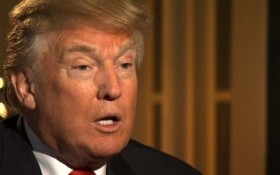 But Republicans are now asking serious questions about whether the data is accurate at all.

According to the latest NBC News/WSJ poll released yesterday, “Cruz is the first choice of 28 percent of Republican primary voters, while Trump gets 26 percent. They’re followed by Marco Rubio at 17 percent, John Kasich at 11 percent, Ben Carson at 10 percent and Jeb Bush at 4 percent.”

Trump dismissed the poll during an interview on MSNBC, saying it was clear that “someone at the Wall Street Journal doesn’t like me.”

Critics of the data were quick to point out that the NBC/WSJ polling data, collected between Feb. 14th and Feb. 16th, directly contradicts the results of three other major polls conducted at the same time.

According to Real Clear Politics, polling data from Quinnipiac, USA Today/Suffolk and CBS News during the same time frame show Trump not only beating Cruz, but doing so handily.

National polling has become another sore spot between Trump and Cruz, who have been feuding for months. Trump most recently threatened to haul Cruz to court for defamation and to see if Cruz is indeed eligible to run for president.

“You have been threatening frivolous lawsuits for your entire adult life,” said Cruz, a Harvard Law School graduate, speaking directly of Trump’s threat. “Even in the annals of frivolous lawsuits, this takes the cake.”

Trump’s attorney sent Cruz a letter Tuesday charging the ad was “replete with outright lies, false, defamatory and destructive statements” and saying Cruz could be held liable for damages if it’s not taken down.

Cruz on Wednesday said a lawsuit against the ad has no chance, and said he would like to take Trump’s deposition himself. He also announced plans to run the contested ad more frequently.