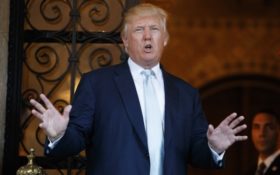 President-elect Donald Trump is preparing to take office in less than two weeks, but is already proving that his economic intelligence is going to be huge for America jobs.

After facing criticism from the President-elect for moving operations to Mexico, Fiat Chrysler and Ford Motor Co. have announced plans to expand plants and create new jobs in the U.S., as the auto industry gathers for its annual show in Detroit.

Trump has criticized the industry’s strategy of building cars in Mexico and then shipping them to the U.S. He has threatened a 35 percent border tax and said the cars should be built in the U.S. by American workers.

On Monday, Trump tweeted “it’s finally happening,” and thanked Ford and Fiat Chrysler for the investments in the U.S.

At the show, executives from General Motors and Volkswagen said they have no plans to change production plans despite the Trump border tax threat.

Trump’s efforts to encourage manufacturing in America are clearly already having an effect on businesses and will likely continue to shape the economic landscape for years to come.