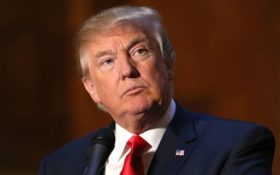 President Donald Trump is working faster than either of his predecessors when it comes to filling federal judgeships — way, way faster.

Alabama lawyer Kevin Newsom’s nomination to the 11th U.S. Circuit Court of Appeals was confirmed on a 66-31 vote Tuesday. 16 Democrats joined Republicans on the affirmative side, according to The Washington Times.

Obama had zero by August of his first term. It took him until Nov. 2009 to get his first three circuit court nominees confirmed by the Senate.

“The Trump administration has moved faster on filling judicial vacancies compared to the past administrations, thanks to its commitment to working with and extensively consulting all senators, regardless of political affiliation, to select high-caliber nominees,” Kelly Love, a White House spokesperson, told The Times in an interview.

Trump’s effort to bolster the lower federal courts with conservative judges began in the fourth month of his presidency.

The judges were “chosen for their deep knowledge of the law and their commitment to upholding constitutional principles,” Spicer said.