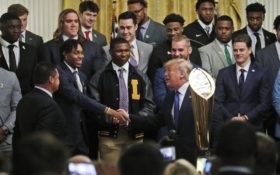 President Donald Trump paid tribute to the national champion Louisiana State University football team on Friday, saying it would long be remembered as one of the greatest in college football history.

The Tigers had a dream season — and they’ve now capped it off with a memorable White House visit.

The undefeated Tigers visited the White House after defeating Clemson on Monday night in the college playoff final. Trump noted that the team played a “brutal schedule” during the season that included seven teams ranked in the top 10 and the schools that have won the last four national championships.

You can watch a snippet of the celebratory press conference below:

President Donald Trump spoke on his upcoming impeachment trial Friday while welcoming the LSU Tigers to the White House.
'They're trying to impeach the son of a b****!' pic.twitter.com/cphiBXkndi

Trump highlighted the work of several of the team’s players, including quarterback Joe Burrow, saying of Burrow “we call him young Tom Brady.”

Of the team’s coach, Trump said he would have picked Ed Orgeron if he were casting actors for a movie. “Ed Orgeron did not let Louisiana down,” Trump said.

Trump also noted that the team rallied around the team’s offensive coordinator, Steven Ensminger, following a plane crash that killed his daughter-in-law, sports broadcaster Carley McCord, and four others, who were traveling to the team’s Peach Bowl playoff game against Oklahoma.

“This team showed the world what it means to look out for one another,” Trump said.

Trump received an enthusiastic welcome from the crowd when he attended the national championship game in New Orleans. He watched LSU twice during the course of the season.

Burrow said the White House visit was a moment the players would never forget.

“It was a great season, but this was a great way to cap it off,” he said before presenting Trump with an LSU jersey.

“I thought he was going to give me the Heisman Trophy,” Trump joked. “He’s just giving me a jersey.”

The president invited the team to the Oval Office after the ceremony. He injected his own circumstance into the event as the Senate prepares to hold an impeachment trial. He said the Oval Office has seen a lot of presidents, some good, some not so good. He said the country has a “good one now,” but he said that there was an effort to impeach him and he included a vulgarity in his description.

You can also view pictures taken at the celebratory event: 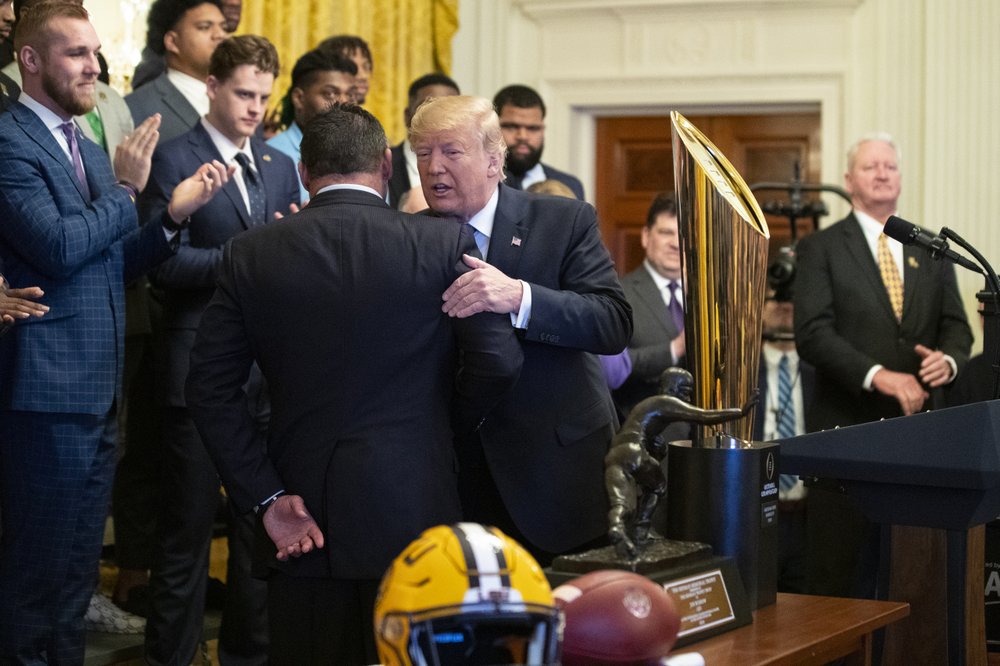 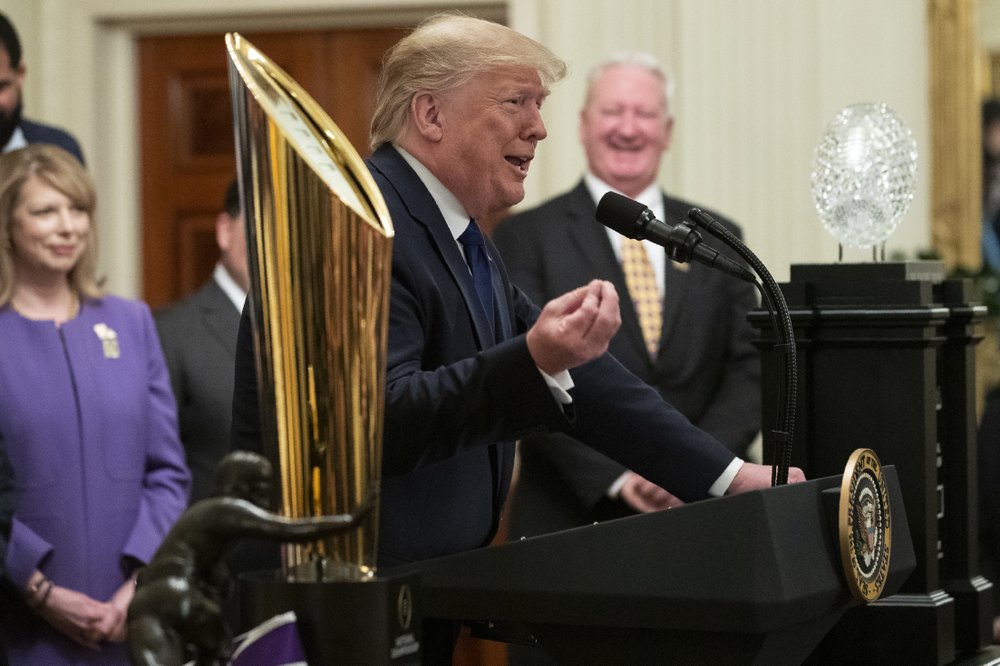 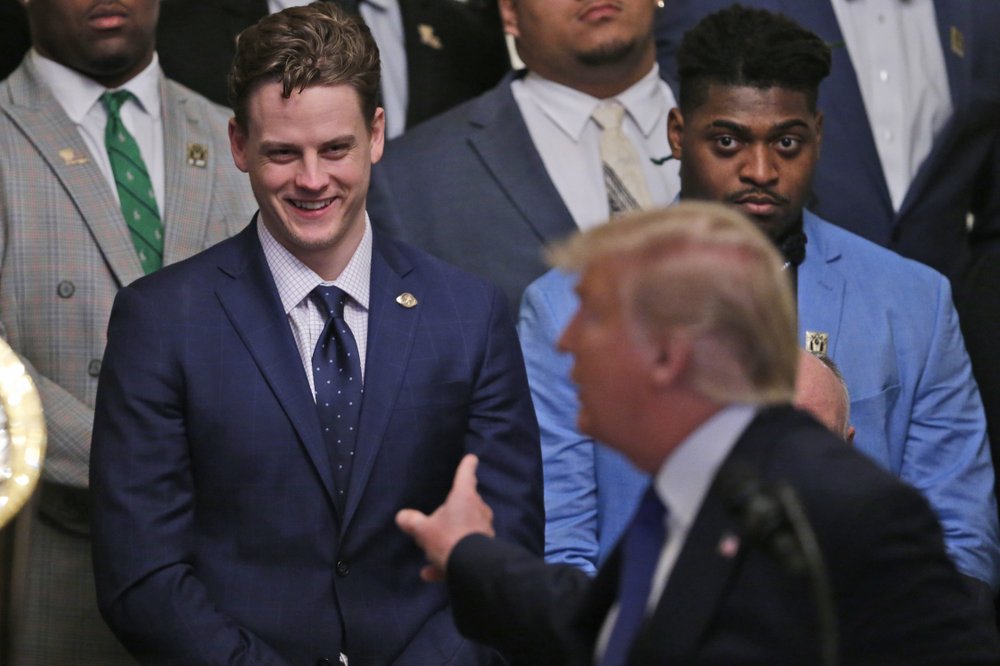