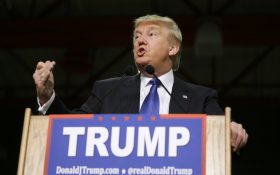 One of President Donald Trump’s top advisers on the Middle East has been fired.

Two administration officials with knowledge of the decision said Derek Harvey was fired Thursday for unknown reasons. They were not authorized to discuss private personnel issues and spoke on condition of anonymity

The White House would not say whether Harvey was fired, but confirmed he will no longer serve as the top Middle East adviser.

Sponsored: Can you REALLY boost your testosterone 71% in 10 days?

A statement says national security adviser H.R. McMaster “greatly appreciates Derek Harvey’s service to his country as a career army officer” and that “the administration is working with Colonel Harvey to identify positions in which his background and expertise can be best utilized.”