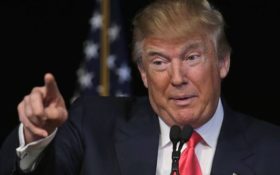 Their sources “warned that nothing is official until the president-elect announces it, which is likely to come over the next few days. Trump told Chris Wallace on ‘Fox News Sunday’ that he was ‘getting very, very close’ to an official announcement,” the television network reported Monday.

Trump’s transition team announced Monday that his choice to head the Department of Homeland Security is, as expected, Gen. John Kelly. Kelly is a former commander of U.S. Southern Command with “unique insight into some of the challenges the United States faces at its southern border,” the announcement said.

Trump’s decision-making on whom to select for secretary of state has stretched out over several weeks. He has been considering former Massachusetts Gov. Mitt Romney, a one-time vocal Trump critic, Sen. Bob Corker of Tennessee, who leads the Foreign Relations Committee, and Tillerson, the oil industry executive who met twice with Trump during the past week.

In the television interview, Trump pointed to Tillerson’s deep relations with Moscow as a selling point. As ExxonMobil’s head, he maintained close ties with Russia and was awarded by Putin with the Order of Friendship in 2013, an honor for a foreign citizen.

“These are all very different types of people,” he said. “But when you ask me about Rex, I mean, he’s a world-class player. There’s no question about it.” By Sunday afternoon, Tillerson had still not been formally offered the job, according to a person with knowledge of the process who spoke on condition of anonymity.

The prospect of Tillerson received a cool reception from some Republican members of the Senate Foreign Relations Committee, which would consider his nomination.

Russia’s influence has also been seized upon by a small group of Democratic electors who call themselves the “Hamilton Electors” and are trying to persuade electors to back another Republican because they contend Trump is unfit to be president.