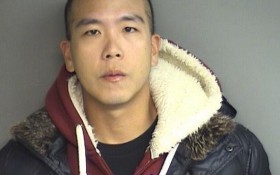 A vacation in Hawaii not only cost a former Connecticut police officer his job, but also led to criminal charges being brought against him.

The Stamford Advocate reports Donald Chen was granted two weeks off from Dec. 1 to Dec. 15 by the Stamford police department so he could report for training with his U.S. Army Reserves unit.

Eight days into Chen’s military leave, police received a call from the Army asking where he was. After initially telling a lie involving his “sick” father, police say Chen admitted that he was vacationing in Hawaii with his girlfriend.

Chen, who resigned from the force on Dec. 14, is facing charges of felony larceny and defrauding a public community. He turned himself in to police on Tuesday.