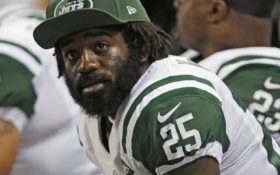 The trial in a road-rage shooting that left former NFL football player Joe McKnight dead was set to begin with jury selection Tuesday in a New Orleans suburb.

Ronald Gasser, 55, is charged with second-degree murder in the Dec. 1, 2016, shooting of the local high school football star.

McKnight, 28, was a running back, considered a top recruit when he came out of John Curtis Christian School. He played college ball at Southern California before three seasons with the New York Jets and one with the Kansas City Chiefs.

Police said the confrontation took place as the men were traveling over a Mississippi River bridge in New Orleans and on roads in neighboring Jefferson Parish.

Jury selection was set to begin in the courtroom of state District Judge Ellen Kovach. Gasser’s attorneys have cast McKnight as the aggressor and are expected to argue Gasser shot in self-defense.

If convicted as charged, Gasser would face a mandatory sentence of life in prison.

Defense attorneys said last year that they believe McKnight tried to enter Gasser’s car through the passenger window. They noted that Gasser stayed on the scene after the shooting and said he cooperated with police.

The case bore striking similarities to an earlier 2016 shooting death involving another former NFL player. Will Smith, who retired after starring on New Orleans Saints teams that inspired the city after Hurricane Katrina with winning seasons and a 2010 Super Bowl victory, was shot to death during a confrontation following a traffic crash. A 29-year-old New Orleans man, Cardell Hayes, was sentenced to 25 years in prison after a jury convicted him of manslaughter.