Traveling for the holidays? Here's what you need to know... - The Horn News 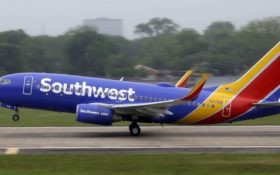 Get ready for bigger airport crowds over Thanksgiving this year.

The main trade group for U.S. airlines predicts that 28.5 million Americans will fly over a 12-day period around the holiday, an increase of 3 percent over last year.

Airlines for America officials said Wednesday that the Sunday after Thanksgiving will be the busiest travel day, with about 2.9 million people flying.

The group said that airlines are adding about 86,000 seats a day over the holiday stretch, more than the expected increase in travelers of 69,000 a day.

While airlines make the bulk of their profits over the summer, the Thanksgiving and Christmas holidays are also key periods for the industry, which is enjoying a long boom.

The trade group said that during the first nine months of this year, the nine major publicly traded U.S. airlines had a pretax profit of $14.7 billion. That is a slight decrease, however, from 2016 and 2015 due to higher costs for fuel and labor.

“There is a consensus out there that we have seen the peak of this cycle,” said John Heimlich, the group’s chief economist. “As an industry, expenses are outpacing revenues.”

Fuel costs in 2017 are up 17 percent over last year and labor costs have risen 8 percent, according to the trade group.

Heimlich said he doesn’t believe airlines will lose money as long as the economy remains solid. He credited strong travel demand on economic growth and increases in personal income and household net worth, and he ticked off a long list of steps airlines are taking to contain costs.