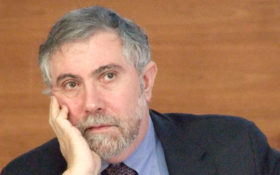 But a new scandal has him and his Times bosses scrambling for damage control.

The veteran columnist and Nobel Prize winner claimed that child pornography downloaded on his internet was the work of a hacker.

This isn’t the first time Krugman has claimed innocence when it comes to questionable online behavior.

“Oh, joy,” he wrote late last year, in a since-deleted tweet. “I got a notification that someone tried to sign me up for a site that offers ‘live sex cams’. I’m sure whoever is engaging in this harassment are very fine people. If one of these attempts succeeds, advance notice: it wasn’t me.” 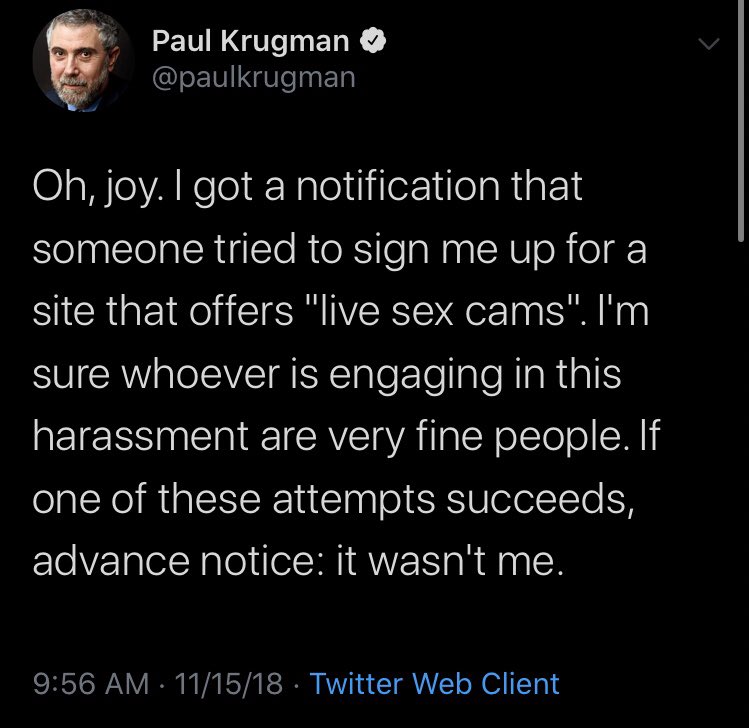 “Someone compromised my IP address and is using it to download child pornography,” Krugman wrote, in a tweet he also deleted. “I might just be a random target. But this could be an attempt QAnon me. It’s an ugly world out there.”

In a strange way, Krugman seemed to be blaming President Donald Trump supporters.

Here’s how: Krugman mentioned that someone may be attempting to QAnon him — a term which alludes to a fringe conspiracy theory that Trump is secretly trying to root out and expose Democratic and liberal pedophiles in the Deep State.

According to The Hill and another deleted tweet, Krugman says The Times is “on the case,” which indicates an internal investigation may be taking place at the moment.

Still, many Americans have questions —

And some social media pundits, like Carmine Sabia, are convinced that Krugman tried to jump out in front of the potential scandal before it could explode.

Sorry Paul, but that's not at all how "IP address(es)" work.

Sorry, but that doesn't make sense. I hope you contact your legal team after you get off the phone with your "computer security service."