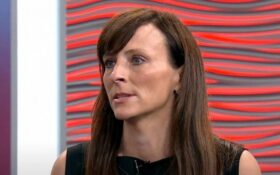 Good, the Democratic candidate running for Florida’s 16th congressional district, tripped just as she began her campaign to head to Washington, D.C.

The Washington Free Beacon reported that Good had voted against a bill that outlawed the sale and possession of child sex toys in 2019. The bill was passed anyway and under Florida law, possessing such items became a third-degree felony.

Good was the only Florida of Representatives legislator to vote against it.

In other words, she voted to allow sales of “an obscene, child-like sex doll” in her home state.

Good has since expressed regret about her vote, explaining to The Free Beacon that her vote was a mistake.

But here’s where things get interesting …

According to The Free Beacon, when the bill was first introduced Good initially voted in favor of the bill and the banning of child sex toys, but she later changed her vote.

Florida allows lawmakers to change their votes on an online system.

Her campaign manager, Alex Koren, insists that Good had intended to change her vote on a different education bill but ended up mistakenly switching her decision on the child sex toy bill.

Only time will tell whether or not this will be a costly error for the Florida liberal, who has received major party endorsements including a nod of approval from the Democratic Congressional Campaign Committee.

But a blemish this size doesn’t help her chances.

Ms. Good has her work cut out for her, even without the controversy.

She’s running against seven-term incumbent Rep. Vern Buchanan, R-Fla., who is considered the frontrunner in the Congressional election.