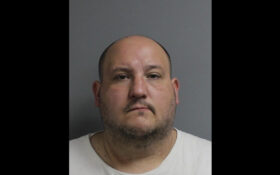 Joseph Brady, a major Democratic aide to a longtime New York state assemblyman and a veteran of ex-Mayor Michael Bloomberg’s administration, is facing a maximum of 10 years after reports say he sexually assaulted an 18-year-old.

Brady, who’s also allegedly connected to the infamous Hells Angels motorcycle gang, is now facing both a felony and misdemeanor charge as details from the frightening incident continue to emerge.

According to reports, the unnamed 18-year-old victim and her 16-year-old boyfriend had been staying with Brady in upstate New York where the assault took place.

Brady sent the 16-year-old boyfriend on an errand to acquire drugs from a motel, authorities said.

When he was gone, that’s when Brady allegedly attacked the 18-year-old.

No specifics were reported by local outlets, but investigators are saying that when the 16-year-old returned to the home, the 18-year-old girl looked disoriented — in a “state of confusion and disarray.”

Law and Crime says the girl had to be “physically” moved from a couch to a bedroom.

Then came the escape.

The couple fled and alerted a nearby resident to their situation… but not before being confronted by Brady in an alleyway with what appeared to be a gun.

The FBI conducted a raid on the residence after reportedly learning that Brady may have had firearms, explosives, and narcotics in his possession. Times Union writes that it is unknown at this time whether or not Brady will be hit with any additional charges over the findings in the residence.

According to a law enforcement source, Brady had already been on an official “watch list” for his suspected involvement in the disappearance involving a New York area motorcycle gang.

Police say they believe the missing man is a homicide victim.

Brady is currently being held on $50,000 bail in upstate New York.