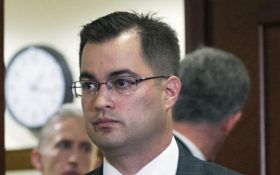 Clinton’s previously tight-lipped former email chief Brian Pagliano, who set-up her controversial email server and refused to answer previous questions in public, may soon be facing a large fine — or even prison time — for ignoring a Congressional subpoena.

Could this threat of punishment finally motivate the email guru to spill the beans in public? Supporters of Republican presidential candidate Donald Trump certainly hope so.

A House committee voted on Thursday to hold Pagliano in contempt of Congress for his refusal to appear before them. The House Oversight and Government Reform Committee approved the contempt resolution on a 19-15 party-line vote. The resolution states that Bryan Pagliano, the computer specialist tasked with establishing Clinton’s server while she was secretary of state, did not comply with two subpoenas ordering him to appear before the panel.

The committee chairman, Utah Rep. Jason Chaffetz, said the contempt resolution was forced by Pagliano’s refusal to comply with the subpoenas.

“This committee cannot operate – it cannot perform its duty, nor can any committee of Congress – if its subpoenas are ignored,” Chaffetz said.

Contempt of Congress can carry with it up to a year in prison, which is a mighty hammer. And most people who have been charged end up backing down to avoid criminal consequences.

But Pagliano has thumbed his nose at Congress before. He also refused to answer questions last year before a House panel investigating the deadly 2012 attacks in Benghazi, Libya.

He later spoke to the FBI under immunity, telling the bureau there were no successful security breaches of the home-brew server, located at Clinton’s home in suburban New York City.

Pagliano said he was aware of many failed login attempts that he described as “brute force attacks.”

The email issue has shadowed Clinton’s candidacy for president, and Republicans have been steadfast in focusing on her use of a private server for government business, with several high-profile hearings leading up to the election. Chaffetz and other Republicans have cast Clinton as reckless with U.S. national security by insisting on using private communications systems at potentially greater risk of being penetrated by Chinese and Russian hackers.

With just weeks to go before the election, should Pagliano be worried enough to finally confess before Congress, it could cost Clinton big.