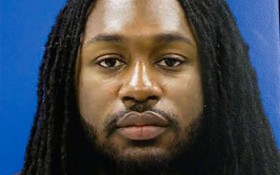 Michael Ford allegedly had a death wish and a desire to kill police. Together with his two younger brothers, he coldly plotted a murderous ambush. And a key part of his plan was to have his brothers film the firefight and eventual suicide by cop outside a police station in suburban Maryland on their cellphones, according to authorities.

“We have individuals videotaping them as if it’s a game, as if it is something we’re going to put on YouTube and glorify,” John Teletchea of the Maryland Fraternal Order of Police said.

Teletchea was livid that the suspects would coldly watch and record what he said their own cellphone evidence shows was an unprovoked and premeditated attack.

An undercover narcotics officer was killed in Sunday’s gunfight outside the police station in Prince George’s County, wounded by a bullet fired by one of his colleagues.

At a news conference Monday evening, Prince George’s County Police Chief Hank Stawinski said he couldn’t explain the “frightening” actions of the shooter or his two brothers, who Stawinski said believed they would be filming their brother’s death.

The gunman, 22-year-old Michael Ford, dictated a “last will and testament” just minutes before his two brothers drove him to the station, where he began spraying bullets at passing cars and even an ambulance to draw officers outside, police said.

The undercover officer who died, Jacai Colson, arrived at the station after the shooting began. He was wearing civilian clothes without body armor and leapt out of an unmarked car to respond.

“Police officers run to disorder. They run to the sound of shots,” the chief said. “It’s my sad duty to have to share with you that, circumstantially, we believe the fired round that led to Detective Colson’s death was fired by one of his fellow Prince George’s County officers reacting to this.”

In the confusion, despite their restraint, one of the other officers’ bullets hit Colson, the chief said. Four other officers fired their weapons, and it is not yet known who fired the fatal bullet, said the chief, who praised their restraint as well as the “extreme heroism” of Colson, who “drew fire to himself and in doing so was mortally wounded.”

Colson was declared dead later in a hospital. Michael Ford was hospitalized but expected to survive. He was arrested along with his brothers Malik, 21, and Elijah, 18. They will face dozens of charges between them, the chief said.

The chief said there were no outstanding warrants against the gunman, but that information conflicts with a sheriff’s report from Greenville, South Carolina, which said Michael Ford was being sought for allegedly assaulting his wife there the day before.

Colson, who would have turned 29 this week, was a four-year department veteran who worked as an undercover narcotics officer. His football coach at Randolph-Macon College, where Colson played for one year, said he was “a great young man who was well liked and well respected.”

“He was just a great human being,” coach Pedro Arruza said. “He was a very positive, positive person and an upbeat guy, a good person to be around. He had a lot of friends on campus; everybody liked him. He was just a really high-character guy.”

Sheriff’s Deputy Dominick Chambers, a friend from the police academy, said they celebrated their four-year anniversary as officers March 12, the day before Colson was killed.

“He always wanted to be a police officer,” Chambers said. “Everyone is taking it real bad, real bad. I’m talking to my classmates, checking in on them. We’re not doing well.”

Flags flying at half-staff to honor @PGPDNews Ofc. Jacai Colson, who lost his life in the line of duty last night. pic.twitter.com/ZKVxqRZGDM