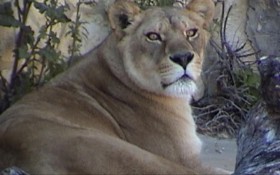 Three people have been charged with public endangerment over an incident that saw a lioness escape from a home in a Dubai neighborhood and prowl the streets for several hours.

Abu Dhabi’s state-run The National newspaper reported Tuesday that police say the owner of the lioness, the buyer and a middleman have been charged after the lioness escaped Thursday in Dubai’s al-Barsha neighborhood. She was safely caught and taken to the zoo.

It’s largely illegal to keep endangered or threatened wildlife as pets in the United Arab Emirates. However, The National, quoting unnamed officials, says that “exceptions are made for members of the ruling family or anyone who has official authorization and a permit.”

Keeping wild animals as pets is seen as a status symbol in the Gulf Arab states.