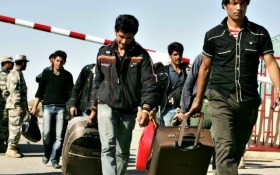 Now, conservatives are in an uproar after the the Obama administration has announced plans to expand the United States refugee program again and let in thousands more foreign migrants. The move raises concerns about the governments vetting process, as thousands of illegal immigrants from these same countries have been deported in recent months, caught in sweeps targeting those with links to criminal organizations or prior criminal convictions.

Even more controversially, the administration is planning to open the door to thousands of migrants from Central America by allowing them to apply for refugee status before they attempt to come to the U.S., Secretary of State John Kerry said Wednesday.

The office of the United Nations High Commissioner for Refugees will now conduct initial screenings to see whether migrants from Honduras, El Salvador and Guatemala may qualify as refugees eligible to come to the United States legally.

“I am pleased to announce plans to expand the U.S. Refugee Admissions Program to help vulnerable families and individuals from El Salvador, Guatemala, and Honduras, and offer them a safe and legal alternative to the dangerous journey many are currently tempted to begin, making them easy prey for human smugglers who have no interest but their own profits,” Kerry said in a speech at the National Defense University.

In December 2014, the U.S. began offering refugee status to children in those countries who have parents already living legally in the United States. So far thousands of children have applied for the program.

The latest effort is aimed at expanding that program by moving applicants, both families and single individuals, into safe zones to await processing.

Refugee processing for Central Americans was launched as part of a broader effort to curb the unprecedented surge of families and children traveling alone caught at the Mexican border in recent years.

During the 2014 budget year, more than 67,000 children were apprehended, along with more than 68,000 people traveling as families. The majority of immigrants in both groups were from Central America.

Border agents have noted a significant rise in the numbers of immigrants from both groups in recent months as well. Since October, more than 16,000 children traveling alone and more than 20,800 people traveling as families have been caught.