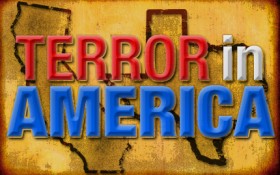 Authorities said that two terrorist fighters, living in the United States as refugees that passed through the Obama administration vetting process, were arrested on terrorism-related charges last week. The men were discovered to have ties to the Islamic State, including a refugee from Syria who is charged with lying to federal investigators about his previous loyalties to the Islamic extremist group.

A criminal complaint unsealed Thursday accuses one man, Aws Mohammed Younis Al-Jayab, 23, of Sacramento, of traveling to Syria to fight and lying to investigators about it.

Meanwhile, the U.S. Attorney’s Office based in Houston, Texas, said late Thursday that Omar Faraj Saeed Al Hardan, 24, of Houston, was indicted Wednesday on three charges that he tried to provide material support to the extremists.

“This is precisely why I called for a halt to refugees entering the U.S. from countries substantially controlled by terrorists,” Abbott said in a statement. “I once again urge the President to halt the resettlement of these refugees in the United States until there is an effective vetting process that will ensure refugees do not compromise the safety of Americans and Texans.”

Both men are Palestinians born in Iraq, authorities said.

The complaint in federal court in Sacramento said Al-Jayab came to the United States from Syria as a refugee in October 2012. While living in Arizona and Wisconsin, he communicated on social media about his intent to return to Syria to fight for terrorist organizations and discussed his previous experience fighting against the regime in Syria, starting shortly after he turned 16. When he was being vetted and interviewed by citizenship officials, he lied about his travels and ties, the complaint alleges.

He left the United States in November 2013, but he came to Sacramento in January 2014, the FBI said in a 20-page affidavit.

Social media and other accounts say that as soon as he arrived in the United States, he began saying he wanted to return to Syria to “work,” which the FBI says is believed to be a reference “to assisting in and supporting violent jihad.” Authorities said he eventually fought with various terrorist organizations, including Ansar al-Islam, which in 2014 merged with the Islamic State of Iraq and the Levant after Al-Jayab had returned to the United States.

Federal authorities say Al-Jayab encouraged Al Hardan to join ISIS and promised to teach him how to fight. He promised to train Al Hardan on how to use weapons and advised him on how he would be assigned to fight once he arrived in Syria.

Authorities say Al-Jayab fought twice in Syria, including with a group later affiliated with the Islamic State organization.