They wanted a hippopotamus for Christmas (and got one!) - The Horn News 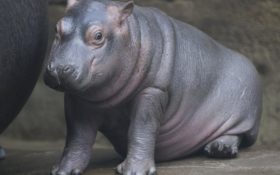 Oklahoma City native Gayla Peevey has welcomed another hippopotamus to the city’s zoo, more than 60 years after her song about wanting one for Christmas helped the facility purchase its first.

The @okczoo got a hippo for Christmas! See how we helped Francesca get to her new home: https://t.co/ixGmk0YdRZ ???? ✈️ ???? pic.twitter.com/eZKXYtPRqJ

The singer was on hand as the 26-year-old pygmy hippopotamus Francesca made her first Oklahoma public appearance since moving from the San Diego Zoo.

In 1953, the then 10-year-old Peevey sang the novelty hit, “I Want a Hippopotamus For Christmas.” It led to a statewide fund drive in which children donated dimes to purchase and bring a pachyderm to the zoo.

Peevey also was there in December 1953 when the Nile hippopotamus Mathilda arrived.

Pygmy hippos are listed as endangered with fewer than 3,000 in the wild.