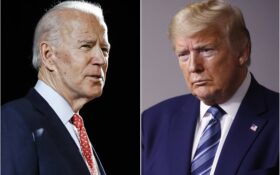 Tuesday night will be one of the most tense in recent history as nearly everyone will be glued to their TVs… watching online… and checking their phones for the latest election results in the race between President Donald Trump and former Vice President Joe Biden.

The networks have all vowed to hold off on calling close races this year given the massive amount of mail-in votes that could take days to count.

But there are still some ways to get an early look at which way things are heading.

And it starts right where you’d expect it – in perhaps the “swingiest” of all the swing states: Florida.

It might have a reputation as the “weird” state, and its election process has been the butt of late-night jokes since the 2000 recount. But in reality, Florida has a long history of quickly delivering results, including both mail-in and in-person voting.

In other words, once the polls close at 8 p.m. ET, expect to see a lot of results come in fast.

And there’s one bombshell to keep an eye on — Sumter County, where much of The Villages retirement community is located.

Dave Wasserman of the nonpartisan Cook Report notes that Trump is likely to win big in Sumter.

But how big could be foretelling.

If Trump is at 66 percent or higher, on the other hand, he could be closer to his 2016 pace and potentially in line for another Florida victory.

Florida is crucial to Trump’s reelection strategy. If he loses the Sunshine State, he faces a tough night – so an early call for Biden could be a red flag for his chances.

After Florida, look to Ohio and Minnesota.

Trump took Ohio easily in 2016, and barely lost to Hillary Clinton in Minnesota that year.

Polls show both states are close here in 2020, and both states have rules in place to allow for quick and early processing of mail-in ballots.

For an early glimpse of Ohio, watch Wood County, which is just south of Toledo.

Kyle Kondik, managing editor of Sabato’s Crystal Ball at UVA Center for Politics, said on Twitter that if Biden comes close to Trump here – or wins it outright – Ohio could be swinging for the Democrat.

Ohio’s polls close at 7:30 ET and it’s known for a fairly quick count… but there is a catch: If the state is very close at the end of election night and there are still ballots to be tallied, they will not release any more results until the count is complete, even if it takes days.

If Trump loses both Florida and Ohio he’ll be in tough shape as there are few paths to an Electoral College victory for him after that. But if he’s still in the ballgame, as most expect, keep an eye on Georgia (polls close at 7 p.m. ET) and North Carolina (7:30 p.m. ET).

For the latter state, check out what’s going on in New Hanover County.

Wasserman said it went for Trump in 2016 and hasn’t voted for a Democrat since 1976… but that could change this year, and if it does it may be a sign of Biden pulling ahead in the Tar Heel State.

If it doesn’t, it could be an indication Trump will repeat his 2016 victory there.

After that, if the election is still up for grabs, it will come down to the Rust Belt states of Pennsylvania (polls close at 8 pm ET), Michigan (8 or 9 p.m. ET, depending on the location) and Wisconsin (9 pm ET).

Wisconsin has vowed to complete its tally on Election Night, but might take until dawn given all the mail-in votes.

Pennsylvania, on the other hand, might take even longer: Cumberland and Butler Counties, for example, have both said they simply don’t have the staff to count mail-in ballots on Election Day.

They’ll start counting those on Nov. 4.

Both are “red” counties where Trump is expected to win big… meaning the president and his supporters may need some patience if they hope to pull off another poll-defying win in the Keystone State, and the general election as well.