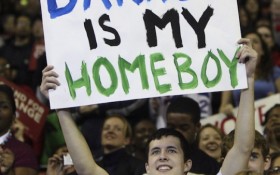 Has the government gone too far? Not yet, say progressives in California. This year, Democrats in control of the state passed three of the most aggressive social policies in the country. Now, their ideas are catching on nationwide.

If liberals have their way, these won’t be stopping at just California’s border. These sweeping new laws in the most populous state reflects Democrats’ desires to set a national trend on progressive social and environmental issues.

Many left-leaning interest groups and politicians see California as the brass ring for setting policies — and then testing whether those policies can withstand rigorous legal challenges.

“Both the vaccine bill and the right-to-die legislation will be seriously looked at by other states,” said Sherry Bebitch-Jeffe, senior political science fellow at the University of Southern California. “If it can pass here and it is perceived to work here, I think the proponents have a big positive jolt out of the victory in California.”

She believes over the next five to 10 years, the nation will look more like California politically.

With the worst of the state’s budget crisis behind them, Democratic lawmakers who control both houses of the Legislature are free to resume a liberal agenda of extending protections to the most vulnerable.

Liberal advocates are already pushing for similar laws in at least two dozen states this year.

In all, lawmakers sent Brown 808 bills, and he signed 675 of them. Other major new laws include:

— The strictest rules in the nation to ban routinely giving antibiotics to livestock.

— Barring most people with concealed weapons permits from taking weapons onto college campuses.