The 3 big lies Obama will tell tonight - The Horn News 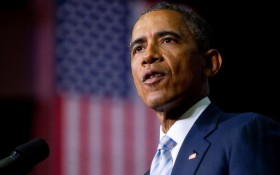 President Barack Obama delivers his final State of the Union address on Tuesday night. And even though the speech is still hours away, it’s already safe to assume there’s at least three big lies Obama is going to deliver during the speech in an attempt to spin the history of his legacy.

Employment – Obama is going to say that employment is up and the job market is strong.

Why it’s a lie – Employment and wages have been stagnant for months. Unemployment rates are higher than economists want, and there hasn’t been growth in months.

Here’s the truth – For a third straight month, the unemployment rate in December was 5 percent, higher than what economists consider healthy. And that doesn’t count people who have stopped looking for jobs.

Millions of employed citizens are also in a bad spot. According to the BLS, “The number of persons employed part time for economic reasons (sometimes referred to as involuntary part-time workers) was little changed at 6.0 million in December.” The BLS goes on to explain that “These individuals, who would have preferred full-time employment, were working part time because their hours had been cut back or because they were unable to find a full-time job.”

Terrorism – Obama is going to cite the coalition recapturing of Ramadi to show that we’re winning the war against ISIS.

Why it’s a lie – ISIS has branched out all over the world.

Here’s the truth – Just today, a teacher in France was attacked with a machete by a teen inspired by ISIS. Over the weekend, two Syrian migrants were caught in the United States trying to join the terror group. Another Islamic radical declared his loyalty to the group and tried to assassinate a Philadelphia cop.

In the past few months, ISIS has conducted numerous attacks in both Europe and the United States. The November killing of 130 people in Paris and last month’s shooting in San Bernardino, California, by a radicalized Muslim couple helped fuel public worries. Polls show growing concerns about terrorism and allowing Muslim migrants to enter the U.S.

Gun violence – Obama is going to say that gun violence is out of control, and that his executive overreach with background checks was necessary.

Why it’s a lie – Gun violence is down, and no part of Obama’s executive order would have prevented a single mass shooting.

And Obama’s recent executive overreach would have done nothing to prevent mass shootings, anyway. According to a recent investigation by the Associated Press, the gun background orders Obama put forth recently would have done nothing to prevent some of the deadliest mass shootings in recent history, including the slaughter of 20 first-graders at Sandy Hook Elementary School in Newtown, Connecticut, or 14 county workers at a holiday party in San Bernardino, California.

Like most of Obama’s speeches in the past, the so-called “out of control gun violence” in America is media fantasy, fueled by liberal politicans looking to restrict gun ownership by any means necessary.