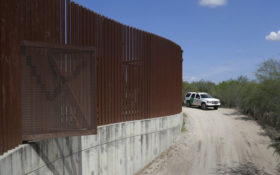 In 2016, the issue of illegal immigration powered lifelong outsider Donald Trump into the White House. Four years later, it hardly gets a mention on the campaign trail.

But immigration is a critical area where President Trump kept his campaign promises. He pledged to release the number of illegal immigrants in federal custody and let the American people know the crimes they’re committing.

Just five days after he was inaugurated in January 2017, President Trump signed Executive Order 13768 on “Enhancing Public Safety in the Interior of the United States.” It forced the U.S. government to level with the American people about the scope of the illegal immigration problem: How many illegals were in federal custody and what crimes they committed.

Last week, the Justice Department released that information in its Alien Incarceration Report for Fiscal Year 2019. Thanks to President Trump, we now have a better picture of just how much illegal immigration is costing Americans in taxes, addictions, even their lives.

This annual report offers a snapshot of what’s happening in U.S. prisons.

At last county, about one of every five inmates in federal prison was an illegal immigrant.

The report found that the Department of Justice held a total of 51,074 illegal immigrants in its custody at the end of the 2019 fiscal year. These are in the Federal Bureau of Prisons (BOP) or the U.S. Marshals Services (USMS).

About 70 percent of these illegal aliens ended up in federal custody after they committed some crime besides violating U.S. immigration law.

Of the 29,131 known or suspected aliens held by the BOP, 1,028 committed the worst crimes in society: kidnapping, murder, larceny, terrorism, escape, bribery and extortion, and rape.

Another 535 of them violated obscene materials charges—meaning they were guilty of “the production or distribution of child pornography.”

About half of all illegals in the BOP committed serious drug offenses, including “conspiracy to commit drug trafficking offenses, or smuggling large amounts of drugs on the high seas.”

Another 22,055 illegals were in the custody of the U.S. Marshals Service. The picture here is even worse. Illegal aliens make up more than one in three (37 percent) of all criminals in USMS custody.

Out of this category of criminal aliens, 1,715 were guilty of violent crimes or major property damage.

The most common offense was immigration crime, such as “alien smuggling,” or human trafficking.

The greatest cost of our open borders is paid by victims of these criminal aliens, who are often part of violent gangs like MS-13. The report highlights just a few of their stories.

Federal agents busted 30-year-old Colombian human smuggler Fredis Valencia Palacios, who promised to help three Cuban nationals escape from a Communist hellhole to the United States. Instead, he and his associates tied the two men to a rope and threw them into the ocean, then raped a woman before cutting her throat.

46-year-old Eutiquio Mendoza-Nandho smuggled at least 78 illegals into the United States, many of whom had already been deported. The report notes “the conditions of the trip, which involved multiple days of walking across the desert in dangerous conditions and without sufficient food or water, put the aliens at substantial risk of injury or death.”

Police arrested a 25-year-old Mexican illegal in Hancock County, Mississippi, and discovered he was transporting four kilograms of 99%-pure methamphetamine from Texas to sell in North Carolina.

The stories of major crimes—in places like West Virginia, Tennessee, and Georgia—show their actions affect people well outside sanctuary cities and illegal hotspots like California or New Mexico.

Even the grim picture painted in this report is far from complete. These numbers don’t include the much larger number of prisoners in state and local prisons from coast to coast. The most recent report on those criminal aliens is two years old. At that time, there were another 69,300 illegal aliens in state and local custody, according to the DOJ’s Prisoners in 2017 report.

It’s understandable that a Supreme Court vacancy, the Wuhan flu, and the government-ordered lockdowns—which ground to a halt the greatest economy in U.S. history—have pushed the issue of immigration out of the limelight in the 2020 presidential election.

Voters say the issue of immigration barely breaks the top 10, just a few slots ahead of “economic inequality” and “climate change,” according to a recent Pew Research poll.

But their votes could be canceled out by illegals. Take the case of Michael Nana Baako, a 50-year-old non-citizen from Ghana who illegally voted in 10 federal elections.

If Joe Biden and Kamala Harris are elected and open U.S. borders, how many more crimes will be committed against U.S. citizens? And if they end this report, will we ever know?