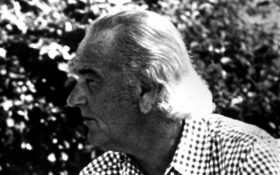 Fifty years ago, a depressed President Lyndon Johnson decided not to seek another term. Martin Luther King, Jr. had just been assassinated. Cities were burning in riots. College students marched against the Vietnam War.

Four years earlier, Johnson had won re-election in one of the greatest landslides in U.S. history and passed a slew of bills ensuring civil rights, fighting poverty and expanding educational opportunities. Now, with the nation in turmoil and his approval ratings in decline, he was set to leave office.

Back at his Texas ranch, he wondered: Where did it all go wrong?

That ranch is often viewed as a place where a heartbroken president went to die. He left office in January 1969 and had a fatal heart attack at the ranch four years later, at age 64.

But any visit to the Lyndon B. Johnson National Historical Park in Stonewall, Texas, shows how important this sprawling place was to his world view, planting notions about battling poverty and inequality. He was born there and his family suffered misfortunes there, but even after exiting the White House, he thrived there.

“All my life I’ve wanted to enjoy this land,” Johnson said after leaving office. “I bought it. I paid it off. I watched it improve. It’s all I have left.”

Located in Texas Hill Country about an hour west of Austin, the ranch offers free tours led by park rangers, but visitors can also obtain free driving permits to explore the grounds with an audio tour on their own.

Guided tours begin at Johnson’s humble childhood home. The original structure was built in 1889 by Sam Ealy Johnson Sr., the president’s grandfather. It was reconstructed in 1964 from photos and outfitted with period furnishings illustrating the family’s simple but harsh life in rural Texas.

The president’s father, Samuel Ealy Johnson, Jr., served in the Texas House of Representatives but struggled as a farmer and cattle speculator. His unsuccessful business ventures meant there was no money for Lyndon to attend an expensive college. Instead he studied at Southwest Texas State Teachers College after a stint as a day laborer.

While taking classes, he worked for a year teaching poor Mexican-American children in a segregated school in Cotulla, Texas. An exhibit at the ranch visitor center includes photos of him with former students and an audio recording in which he reflected on his teaching experience in a speech to Congress.

“Somehow you never forget what poverty and hatred can do when you see its scars on the hopeful face of a young child,” the president said as he urged Congress to pass the Voting Rights Act and expand anti-poverty programs.

During his years as president, the ranch served as the Texas White House. Johnson invited members of Congress and world dignitaries to “relax” here, but usually they ended up being cajoled by Johnson into endorsing a policy or idea.

Tours these days include visits to the airplane hangar with a refurbished presidential plane and a mobile structure used by television reporters. Aides often briefed the president about the Vietnam War or pending legislation while Johnson swam nude in the ranch pool.

The ranch also was a place of laughter. On Nov. 21, 1964, a day before the one-year anniversary of President John F. Kennedy’s assassination — the event that had catapulted Johnson into the presidency — Agriculture Secretary Orville Freeman tried to subdue a balky pig at the ranch. Johnson watched, laughing as Freeman wrangled with the animal, named Mr. I.Q.

The president and Lady Bird took strolls in a meadow where he paused to see the lights of nearby towns that once had no electricity. As a U.S. senator, Johnson was responsible for bringing power to the area.

When Johnson returned here after leaving the White House, he drank, smoked, let his hair grow like the young hippies who cursed him and listened to Simon & Garfunkel’s “Bridge Over Troubled Water” over and over. When one of his daughters tried to intervene, he said, “No, I’ve raised you girls, I’ve been president, and now it’s my time.”

Sometimes he acted like he was still in office, holding meetings with Secret Service agents on ranch matters like they were national security gatherings. The former president would get on a walkie-talkie to a foreman to ask about any out-of-place cow.

Johnson died at the ranch in 1973 just a few weeks after President Richard Nixon called to inform him that the U.S. would soon leave Vietnam.

It’s easy to drive away from the LBJ Ranch feeling melancholy. After all, Johnson came into the White House with such promise and left as the country descended into social and political turmoil. Some of those divisions remain today.

But it’s also worth contemplating the ways in which Johnson changed with the world around him. As a young senator, he all but supported white supremacy only to become a president who signed two landmark civil rights bills and instituted the anti-poverty policies of the “Great Society.” He expanded a war, then agonized over it.

This ranch fed that transformation.