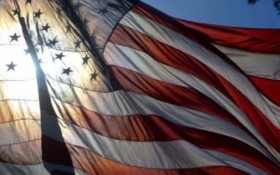 Don’t mess with Texas. A new voters rights case is heading to the Supreme Court over the constitutional requirement to make electoral districts roughly equal in population.

Two voters in Texas are asking the court, in arguments set for Tuesday, to order a drastic change in the way Texas and all other states divide their electoral districts. Rather than basing the maps on total population, including non-citizens and children who aren’t old enough to vote, states must count only people who are eligible to vote, the challengers say. They argue that change is needed to carry out the principle of one person, one vote.

A court ruling in their favor would shift more power to rural areas and away from urban districts in which there are large immigrant populations that are ineligible to vote because they are too young or not citizens.

Civil rights groups note that Texas was the big winner in the 2010 census when it picked up four congressional seats, due mainly to growth in its Hispanic population.

There’s only one explanation for the court fight, said Thomas Saenz, president and general counsel of the Mexican American Legal Defense Fund. “The plaintiffs in Texas are interested in stemming the growth of Latino political power,” he said.

The legal challenge is being financed by Edward Blum, whose Project on Fair Representation also is behind a Texas affirmative action challenge that will be argued before the high court on Wednesday, as well as the lawsuit that led to the 2013 decision that wiped away a key element of the federal Voting Rights Act.

A second case on Tuesday’s agenda also involves the one-person, one-vote principle that the high court established in Reynolds v. Sims in 1964. The court held that a state’s legislative districts must have roughly equal numbers of people.

In a dispute from Arizona, the justices are weighing whether even small differences in population among districts are appropriate if they are done for partisan advantage or to comply with the now-nullified advance-approval requirement in the Voting Rights Act.

Arizona voters who are challenging the decisions of an independent redistricting commission claim that Democrats benefited from the legislative district boundaries. The commission denies that its maps were drawn to benefit Democratic candidates and maintains that the Supreme Court has upheld small differences in population among districts.

The Texas case poses a question the justices have never answered: Must states count everyone, or just eligible voters? The court also might say states can choose between them without violating the Constitution.

The case brought by Texas residents Sue Evenwel and Edward Pfenninger highlights the difference in eligible voters in the mainly rural districts outside Houston where they live, and those in a downtown Houston district with equal population, but at least 170,000 fewer people eligible to vote.

Evenwel and Pfenninger argue that gives urban voters more sway than they have.

Demographers who support the challenge argue in court papers that other samplings of the population produce sufficiently detailed information that already is used in redistricting and focuses on the number of eligible voters. The annual American Community Survey reaches 3.5 million U.S. households each year and helps political line-drawers ensure that districts comply with the Voting Rights Act, said Peter Morrison, former director of the RAND Corp.’s Population Research Center, and other demographers.

But Persily said that while that survey has useful information, it is too imprecise for use in redistricting.

Two players who often end up on opposite sides of court disputes are allies in this case. Texas Republicans, who already dominate the state government using total population, are defending their political line-drawing, in part as the way it’s been “done for decades.” They are joined by the Obama administration.

The difference may be explained in terms of red and blue, said Ohio State University law professor Dan Tokaji.

“Blue states will surely continue to draw districts based on total population, but we can expect red states to choose a narrower metric, one that diminishes the voting strength of minority communities and others with large non-voting populations,” Tokaji said.

While redistricting typically takes place just after the census, some states might not wait for the 2020 census and instead try to draw new maps that would be in place until the next census, he said.