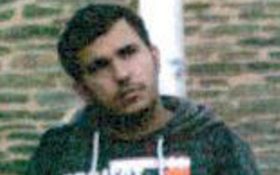 Justice Ministry spokesman Joerg Herold told The Associated Press that Jaber Albakr killed himself sometime in the evening, but that the incident was still being investigated.

The development was sure to add to pressure on Saxony state authorities, who already had been criticized for allowing Albakr to slip through their fingers as they prepared to raid an apartment where he had been staying in the city of Chemnitz on Saturday.

Albakr, who had been under surveillance by German domestic intelligence since last month, was observed exiting the apartment building and authorities fired a warning shot. He nevertheless was able to elude police on the scene and flee the city. Inside the apartment they found highly volatile explosives and a home-made bomb vest.

Albakr, who had been granted asylum after coming to Germany last year, was finally arrested Monday in the city Leipzig after three fellow Syrians tied him up and alerted police.

Earlier Wednesday, Interior Minister Thomas de Maiziere said that Albakr had undergone a security check last year, but it did not turn up anything suspicious.

“There was a check against security authorities’ data in 2015, but without any hits,” he said. “It’s not clear when he was radicalized.”

German authorities have said they believe he had links to the Islamic State group and was thought to be planning to attack a Berlin airport, possibly as soon as this week.

German media have reported that after his initial arrival, Albakr later returned to Syria through Turkey and then came back to Germany. De Maiziere said that was part of the investigation and would not comment.

The three Syrians who captured the suspect have already been granted asylum, de Maiziere said in response to calls for their applications to be fast-tracked due to their heroism.

He said, however, that their “behavior deserves praise and recognition.”