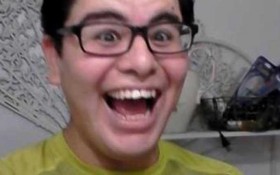 The brother of one of the San Bernardino shooters was arrested with two other family members Thursday in Southern California in what prosecutors say was a marriage scheme to fraudulently allow one of them to remain in the United States.

Prosecutors say they uncovered the sham marriage during the investigation into the Dec. 2 shootings that killed 14 and wounded 22 others. The gunmen — Syed Rizwan Farook and his wife, Tashfeen Malik — died in a shootout with police.

Authorities arrested Farook’s brother and sister-in-law, and the wife of Enrique Marquez Jr., Farook’s longtime friend, in the marriage fraud case. The two women are sisters and Russian immigrants, and came to the U.S. on visas for work or student exchanges.

The sham marriage was between Marquez and Mariya Chernykh, prosecutors said. They wed so she could obtain immigration benefits unavailable to her as a Russian citizen without legal status in the U.S., according to authorities.

The FBI has said Marquez acknowledged getting $200 a month to marry Chernykh, and bank statements back that up, according to the indictment charging the trio.

None of the three is accused of involvement in the attack, though Marquez has been charged with conspiring with Farook to provide material support to terrorists.

Farook’s brother, Syed Raheel Farook, and his wife, Tatiana, participated in the sham marriage by acting as witnesses to the union, and by creating a joint checking account and a back-dated lease to make it look like the pair shared a marital home with the Farooks, prosecutors said.

The Farooks and Chernykh were expected to be arraigned Thursday in federal court in Riverside. Attorneys representing them did not immediately return calls seeking comment.

Raheel Farook served in the Navy from 2003 to 2007 and earned two medals for fighting global terrorism.

In February, FBI agents conducted an hours-long search of his home in the Southern California city of Corona, carting out armloads of thick manila envelopes, a computer tower and an unidentifiable object so heavy it took two men to carry.

The search warrant was sealed, and it wasn’t immediately clear if it was connected to Thursday’s arrests.

The San Bernardino shooting was the deadliest terror strike on U.S. soil since Sept. 11, 2001. The couple opened fire at an annual training of Farook’s San Bernardino County co-workers. The 14 people killed and 22 wounded were mainly his colleagues.

The FBI said the Muslim couple were radicalized before they met online and communicated privately about jihad and martyrdom before they married.

Marquez, the only person charged in connection with the attack, is charged with providing the assault rifles used in the massacre, making false statements about when he bought the weapons and conspiring with Syed Rizwan Farook on a pair of previously planned attacks that were never carried out.

Farook’s family has said it had no inkling about the plot.