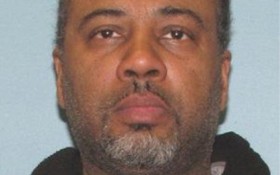 The terrifying search for a long-haul truck driver the county prosecutor is calling a serial killer has finally led to an arrest.

Robert Rembert, 45, has been indicted in Cuyahoga County, Ohio for four murders stretching back 18 years — including three this year. He was also charged with kidnapping, rape, aggravated robbery, grand theft and gross abuse of a corpse.

But given Rembert’s long history of violence — and the length of time between the murders he’s been charged with — authorities are now investigating to see whether Rembert may have left many more victims in his wake.

Rembert, who earlier served time in prison following a manslaughter conviction in another killing, was arrested in late September after emerging from a shower at a truck stop outside Cleveland and has been held on a $1 million bond since, prosecutors said.

There’s now an investigation into Rembert’s activities as an over-the-road truck driver in the region, and police are seeing if they can link him to more unsolved murders in states like Pennsylvania and Ohio.

Prosecutors say DNA evidence matched Rembert to the rape and strangulation deaths of Rena Mae Payne in May 1997 and Kimberly Hall this June. Rembert also is charged in the fatal shooting of Morgan Nietzel and his cousin Jerry Rembert at a Cleveland home on Sept. 20, the day before he was arrested.

Prosecutors say Rembert lived in the home and “executed” Nietzel and his cousin with shots to the head. Nietzel’s car was found in the parking lot of the truck stop in Medina County.

Payne’s body was discovered in an employee restroom at a Regional Transit Authority bus turnaround. Rembert was an RTA bus driver at the time and knew the entry code for the restroom, prosecutors said.

Hall’s body was found in a field on Cleveland’s east side.

The fifth slaying was the fatal shooting of Dadren Lewis in December 1997. Rembert pleaded guilty to voluntary manslaughter and was sentenced in July 1998 to six years in prison.