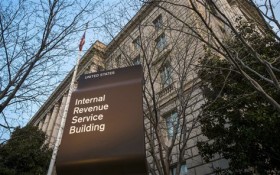 The House has approved a bill slapping the Internal Revenue Service for its treatment of Tea Party and other conservative groups.

The measure was approved Tuesday by voice vote and forbids the IRS from targeting people who exercise their right of free speech. Georgia Republican Rep. Rick Allen is the sponsor, and he says the IRS punished conservative groups for their views.

Republicans erupted in 2013 after the IRS apologized for submitting conservative groups seeking tax-exempt status to intensive scrutiny. Federal officials apologized for poor management and some top IRS officials were replaced, but the Justice Department decided against filing criminal charges.

The bill was among several curbing the IRS that the House will vote on this week. Monday was the deadline for filing income tax returns.