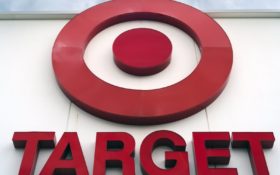 Target is offering shoppers a breather after holiday shopping on Thanksgiving.

That’s different from last year when it kept the stores open straight through the night.

Target again will offer Black Friday deals on Target.com on the morning of Thanksgiving. In a lead-up to the holiday, it will dangle select deals starting Monday, as it has for the past four years.

Like other retailers, Target is trying to figure out what makes sense for its customers who are jumping back and forth between online and the stores. It learned that while shoppers like the opportunity to shop on Thanksgiving and Black Friday at its stores, the crowds thinned out in the wee hours of the morning. Store executives also said the new hours gives employees a chance to refresh merchandise.

But some stores are sticking with marathon shopping hours.

Toys R Us will open its doors at 5 p.m. local time on Thanksgiving and remain open for 30 straight hours of shopping.

Like many retailers, Target is also pushing more incentives for customers to come back to the store and trying to make it easier to get deals.

For the first time, when customers spend $50 on the day after Thanksgiving, they will receive a coupon for 20 percent off a future shopping trip. And nearly all of Target’s Black Friday online deals will be eligible for pickup at the store, up significantly from last year.

Also new this year: discounts will be applied automatically at checkout, with no coupons or codes required. Target also wants to reward its most loyal guests. On the day before Thanksgiving, holders of its branded credit card will get access to more than 100 Black Friday deals, compared to a handful in past years.