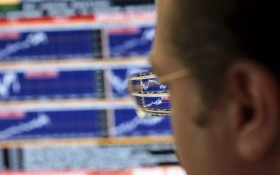 Regulators are proposing new procedures to monitor high-speed trading more closely in response to wild market swings brought on by a series of technical breakdowns.

More than 70 percent of all trading today is automated, the Commodity Futures Trading Commission said Tuesday as it voted unanimously in favor of new registration standards for high-speed traders.

The systems use algorithms to spot variances in market data, allowing trading firms to deliver buy and sell orders in milliseconds.

That technology has led to a number of high-profile glitches, including one this summer that shut down the New York Stock Exchange for almost half a day.

The CFTC proposals would require some traders to register with the commission, specifically those “engaged in algorithmic trading through direct electronic access” to major U.S. markets. The new rules are meant to foster greater transparency and they are open for a 90-day public comment period.

They also call for tools to prevent “self-trading,” when one firm takes both sides of a trade.

Key elements of the proposal involve market participants, including merchants, setting up risk controls for the trading orders. They must also submit compliance reports describing those controls.

CFTC commissioner Timothy Massad said the proposal “provides some common-sense risk controls” that also embrace the benefits of automated trading. In a statement, he said the goal is to have risk controls at multiple levels, from the exchange itself, to clearing members and trading firms.

The approach comes one year after high-speed trading firm Athena Capital Research agreed to pay a $1 million penalty to settle allegations of market manipulation. The Securities and Exchange Commission alleged that the company used an algorithm to manipulate closing prices of thousands of stocks. The company placed a large number of rapid trades in the final seconds of every trading day over a six-month period.

New York-based Athena neither admitted nor denied the allegations under the settlement, but it did agree to refrain from future violations of the securities laws.