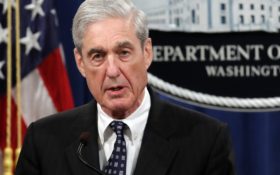 Special counsel Robert Mueller’s highly anticipated testimony to Congress that was scheduled to happen on July 17 has been delayed.

Mueller had been scheduled to testify about the findings of his Russia investigation.

Both Republicans and Democrats had expressed worries that the hearing’s scheduled format, which would give roughly two hours each to the judiciary and intelligence committees, didn’t provide enough time for all members to ask questions.

Under the new arrangement, Mueller will testify for an extended period of time — three hours instead of two — before the House Judiciary Committee. He will then testify before the House intelligence committee in a separate hearing.

The two committees said in a statement that all members of both committees will be able to question him.

The agreement will also give Mueller more time to prepare for the rigorous questioning. The statement said the postponement was “at his request.”

Mueller has expressed his reluctance to testify and said he won’t go beyond what’s in his report, which stated there was no evidence of collusion between Trump and Russia.

Additionally, a separate closed-door session with two of Mueller’s deputies is expected to be canceled, for now. An official for the intelligence panel said that they are still negotiating the appearance of the two Mueller team members, James Quarles and Aaron Zebley.

The committee had recently heard almost five hours of testimony from another member of Mueller’s team. That the person was reportedly David Archey, the senior FBI official who was involved in Mueller’s probe.

The closed-door interviews with the deputies had appeared to be in doubt for several days after the Justice Department has recently pushed back on the arrangement.

As the hearing neared, members of both parties had complained about the lack of time for questioning. While every member of the smaller Intelligence panel was expected to be able to question Mueller, fewer than half of Democrats and Republicans on the Judiciary panel would have been able to do so in the original two-hour timeframe. At a separate hearing on Thursday, several Republicans complained about the setup.

“I have been elected just like anyone else here,” said Rep. Debbie Lesko, R-A.Z., a junior member of the panel.

In a statement, Mueller indicated that it was up to Congress to decide what to do with his findings. But Democrats have had little success so far in their attempts to re-investigate his findings.

That means the committees may have to go through a lengthy court process to get more information. Around 80 Democrats have said they think an impeachment inquiry should be launched to bolster their efforts, but House Speaker Nancy Pelosi has so far rebuffed those calls.