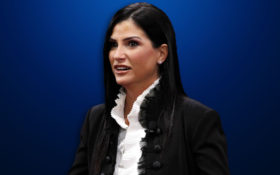 The liberal bias on Twitter has grown out of control, critics said after the social media giant allowed a liberal to threaten to murder NRA spokeswoman Dana Loesch’s children… and defended his statement.

On Sunday, a Twitter user who goes by the name of Milan Legius, tweeted at Loesch that she needs to learn how mass shootings affect people… and said Loesch’s children should be murdered to teach her a lesson.

When Loesch’s husband, Chris, reported the disturbing tweet, Twitter initially ruled in favor of Legius — that was, until conservative media outlets reported on the incident. Then Twitter “re-reviewed” the case and changed its ruling.

On Sunday evening, Legius tweeted at Loesch, “The only way these people learn is if it affects them directly,” Twitter user Milan Legius wrote in a reply to Loesch. “So if Dana Loesch has to have her children murdered before she’ll understand, I guess that’s what needs to happen.”

When Chris reported the heinous tweet, Twitter sent him an email stating, “We have reviewed your report carefully and found that there was no violation of the Twitter Rules against abusive behavior.”

After Twitter received a mountain of backlash from news outlets, the social media giant reversed its course.

“We have re-reviewed the account you reported and have locked it because we found it to be in violation of the Twitter Rules,” Twitter wrote in an email to Chris.

According to Twitter’s rules, “You may not make specific threats of violence or wish for the serious physical harm, death, or disease of an individual or group of people.”

So, why did Legius get away with threatening murder of children during their first review process?

Conservatives have become an easy target for liberals on social media — and Twitter sees no problem with supporting these calls for violence.