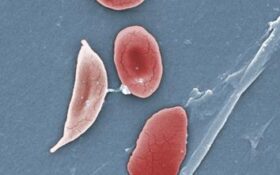 Too few U.S. kids with sickle cell anemia get a needed screening for stroke, according to a study released Tuesday.

The study found fewer than half get the screening and only about half or fewer get a treatment that can help with pain and anemia. The Centers for Disease Control and Prevention released the study, and called for more screening and treatment.

One type of sickle cell disease, called sickle cell anemia, is a leading cause of stroke in children. The disease can shorten life expectancy by more than 20 years and lead to complications, said the CDC’s Dr. Karen Remley.

“These complications are preventable — not inevitable,” she said in a statement.

Sickle cell disease is a group of inherited disorders in which red blood cells — normally round — become hard, sticky and crescent shaped. The misshapen cells clog the flow of blood, which can lead to problems like infections, pain and other complications. More than 90% of the estimated 100,000 Americans with sickle cell disease are Black people.

The research involved 3,300 children with sickle cell anemia in 2019. It found 47% of children aged 2–9 years and 38% of those aged 10–16 received an ultrasound scan to check blood flow and assess their risk for stroke. Blood transfusions can help those at high risk.

The study also found 38% of the younger kids and 53% of the older ones used hydroxyurea, a drug that can reduce periods of severe pain and other complications.