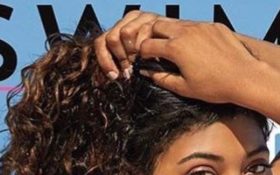 Danielle Herrington is the Sports Illustrated Swimsuit cover model for 2018.

The magazine revealed its swimsuit edition cover Tuesday. Herrington is the third black woman to appear on the cover of the annual issue that launched in 1964.

Sports Illustrated Swimsuit editor MJ Day says that even though the issue was conceived and shot before the #MeToo movement heated up last fall, it’s about more than just women in swimsuits. Day says the magazine is “creating and giving platforms to these women” and presenting them as multidimensional people.