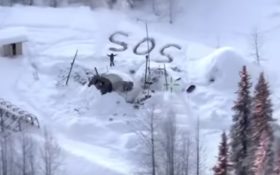 Tyson Steele watched his remote cabin go up in flames, mourned the death of his dog and then spent weeks in the Alaska wilderness, bundling up in an makeshift shelter against the subzero temperatures and eating canned food — unable to reach the outside world.

He knew his best chance for rescue would come from worried loved ones sending a plane to check on him. Help came about three weeks later.

Steele, 30, was rescued Thursday, apparently in good health, according to Alaska State Troopers. He was waving his arms, an SOS signal stamped in the snow that he hoped a passing plane would spot.

Like other rugged areas of Alaska, a plane was his only way out, agency spokesman Ken Marsh said.

Steele told troopers that on Dec. 17 or 18, flames tore through the cabin where he had been living since September. He had no snowmobile and was surrounded by deep, powdery snow. Forests, waterways and hills separated him from the road system, Marsh said.

Troopers said the fire had left Steele with no means of communication, and that the nearest community was 20 miles (32 kilometers) away, in tiny Skwentna.

Steele said he had heard someone might be staying 5 miles (8 kilometers) away and thought about heading in that direction if help did not come by Day 35. But he didn’t have a map and had limited knowledge of the area, so he worried about falling through ice or getting disoriented and lost.

You can view a picture of him below: 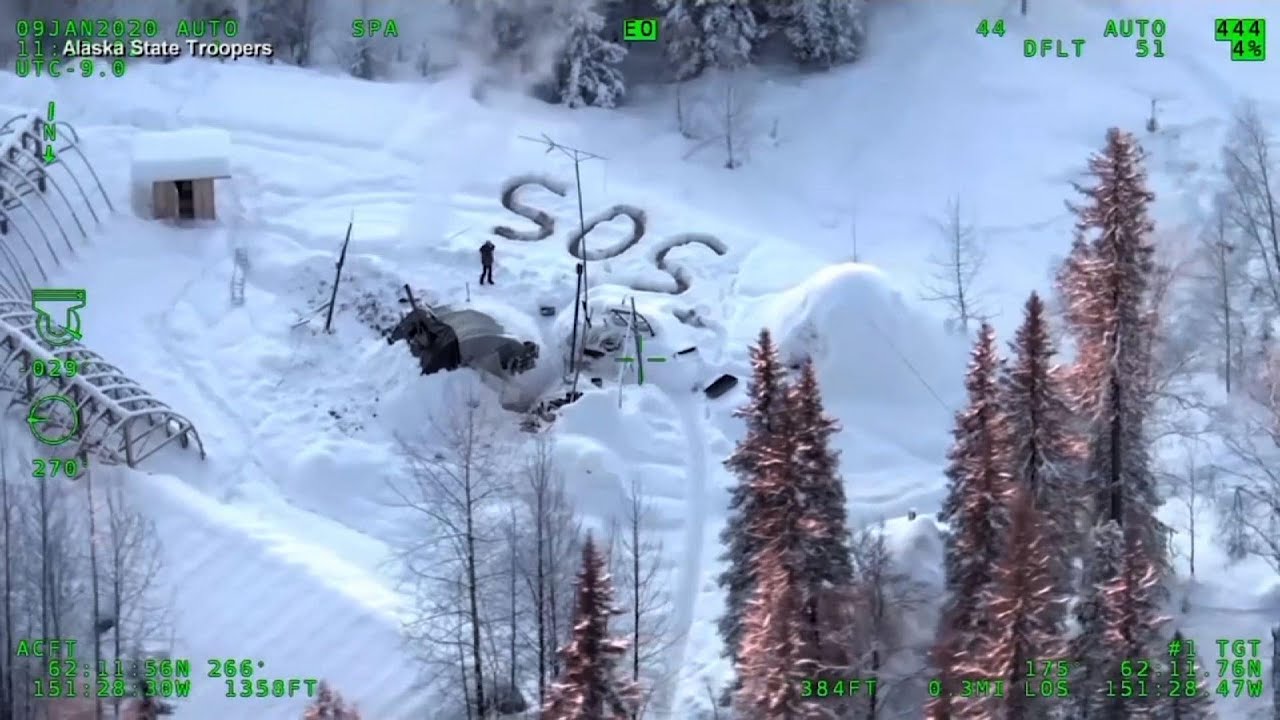 He said the fire destroyed his snowshoes, and it took him days to go a quarter-mile to a frozen lake that a rescue plane could land on.

“I had a headlamp for maybe 10 or 11 days, but I only had the batteries that were in there. So, I ran out of light,” Steele said.

The fire happened fast after a spark from his wood stove. He described his cabin as “basically a plastic … hut” and said he woke to “fiery drips of plastic coming through the roof above me.” When he went outside to get snow to stop it, he saw the roof on fire. Soon smoke was everywhere.

“There’s this image that keeps coming back in my mind of a swirling flame coming sideways for my face, you know?” he said.

Steele said the worst part was losing his dog, Phil. As Steele grabbed blankets, sleeping bags and coats, he saw Phil jump off the bed and thought he escaped. But as Steele was rushing around outside, he heard the dog inside, howling, and said he became hysterical.

“I have no words for what sorrow; it was just, just a scream. Just a visceral, not angry, not sad, just, like, that’s all I could express. Just scream. Felt like I tore my lung out,” Steele said.

To make things worse, he said the ammunition he’d stored inside the cabin was exploding: “pow, pow, pow, pow, pow.” He had a two-year supply of food but had stored it next to flammable oils and greases and the bullets. A propane tank also was there. He said he couldn’t extinguish the fire.

Steele was able to salvage cans of food and figured he had enough for two cans a day for 30 days.

“Last night’s meal was probably one of the worst,” he said after being rescued. “I was leaving the burned-off stuff for the last. And last night’s dinner was a can of plastic-smoked refried beans.”

Steele initially slept in a snow cave but later built a tent-like shelter with tarps and scrap lumber around the burned cabin’s wood stove, troopers said. Steele said at one point it was so cold he didn’t want to go outside and urinated in a bucket. It froze quickly next to the stove, he said.

“That gives you an idea. It’s by no means a cozy cabin that I was able to put together,” Steele said. “It just took the edge off. I could still see my breath, but at least I wasn’t suffering.”

Troopers on Thursday conducted a welfare check after loved ones said they had not heard from Steele in weeks. He was brought to Anchorage and had food and coffee from McDonald’s, Marsh wrote.

Steele told troopers he planned to spend time with family in Utah.