Social Security turns 80 today – Will it survive much longer? - The Horn News 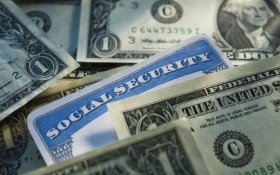 Social Security turns 80 on Friday, and the massive retirement and disability program is showing its age. The money is running out… and quickly. Next year, a major push by Dems could take another year off the life of what is now a fully funded program for retirees.

According to the Associated Press, Social Security’s disability fund is projected to run dry next year. The separate retirement fund has enough money for now. But once the fund is depleted, the shortfalls are projected to be enormous.

The stakes are huge: Nearly 60 million retirees, disabled workers, spouses and children get monthly Social Security payments, and that number is projected to grow to 90 million over the next two decades.

And the timing is bad: Social Security faces these problems as fewer employers are offering traditional pensions, forcing older workers to think hard about how they will afford retirement.

Here’s what the Associated Press wrote on what you need know about the federal government’s largest program on its 80th birthday:

WHY IS SOCIAL SECURITY AT RISK?

Social Security’s long-term financial problems are largely a result of demographic changes. Every day, about 10,000 people in the U.S. turn 65. These are the baby boomers.

Typical boomers, however, didn’t have as many children as their parents did. As a result, relatively fewer workers are left to pay the payroll taxes that support Social Security.

Last year, Social Security paid benefits of nearly $850 billion— about a quarter of all federal spending. The average monthly payment is $1,221. That comes to about $14,700 a year.

The trust fund that supports Social Security’s disability program is projected to run dry in late 2016 — right in the middle of the presidential election.

Democrats are trying to grab money from Social Security’s much bigger retirement program, as they have done in the past.

If the tax revenue were redirected, the retirement fund would lose a year of solvency. After it runs out, Social Security would collect enough in taxes to pay 79 percent of benefits.

Republicans are balking at the fix. They see the funding crisis as an opportunity to improve a disability program that they believe is plagued by waste and abuse.

“Social Security retirement funds have been raided far too many times for far too many years,” said Rep. Tom Reed, R-N.Y.

Reed sponsored a rule adopted by House Republicans that would prevent the House from redirecting the tax revenue without making changes to improve the overall financial health of Social Security.

HOW BIG IS THE LONG-TERM PROBLEM?

The numbers are beyond comprehension.

Social Security uses a 75-year window to forecast its finances, so the projections cover the life expectancy of every worker paying into the system. Over the next 75 years, Social Security is projected to pay out $159 trillion more in benefits than it will collect in taxes, according to agency data.

That’s not a typo.

Adjusted for inflation, the shortfall comes to $35.3 trillion in 2015 dollars. That’s nearly twice the national debt, which took the entire federal government 239 years to accumulate.

Yes. For much of the past three decades, Social Security produced big surpluses, collecting more in taxes than it paid in benefits. Social Security invested those surpluses in special U.S. Treasury bonds, which are backed by the full faith and credit of the U.S. government.

They are now valued at $2.8 trillion.

But as Social Security was generating surpluses, the rest of the federal government was running deficits, for all but a few years around the turn of the century.

To finance deficit spending, the Treasury borrowed from the public and from other federal programs, including Social Security.

Yes. Social Security was on the brink of insolvency in the early 1980s when Congress and President Ronald Reagan agreed to gradually increase payroll taxes and to reduce benefits, in part by gradually raising the retirement age. Those changes didn’t permanently fix Social Security, but they provided enough revenue to pay full benefits for about 50 years.

In today’s political climate, another feat like that would be historic.