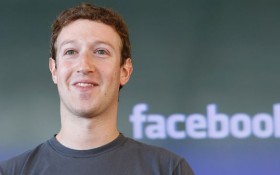 During a tough hearing on Capitol Hill on Thursday, Facebook founder Mark Zuckerberg and Twitter founder Jack Dorsey waved off concerns about their impact on politics.

Both denied any form of censorship—while bragging about their efforts to fight “disinformation”—and swore they were just neutral, apolitical undertakings.

“Political posts make up only about 6 percent of what people in the United States see in their News Feed,” Zuckerberg said, reading from a prepared statement.

But unsettling new evidence shows just how hard Facebook had its thumb on the scales during the 2020 election.

Facebook’s money actually financed the controversial vote counts around the country—something getting more money from Zuckerberg-financed nonprofits than from their own government.

Zuckerberg and his wife, Priscilla Chan, funneled the money through a nonprofit called the Center for Tech and Civic Life…and was there ever a lot of money.

Zuckerberg donated $350 million to the organization.

That money made a huge difference in how the vote was counted—and whose vote was collected.

Take, Philadelphia—the bluest part of the swing state of Pennsylvania. One of its fastest-growing, wealthiest suburbs is Chester County. The average family there makes in excess of $100,000 a year—$30,000 more than the national average. It’s not exactly an area hurting for money.

Whose needs do you think local officials will be more responsive to: You or the one paying them?

You can see the effects in the way the grants were spent.

Bill Turner, the acting director of voter services, used the money to buy 14 ballot “drop boxes” — what critics call an insecure form of vote collection. Anyone, anywhere, can doctor ballots and simply leave the bundle inside… or possibly take a few ballots out.

In neighboring New York state, a case of voter fraud was referred to the Attorney General over the use of a drop box.

Zuckerberg’s money multiplied them all over the heavily Democratic area… and it seemed to have paid off.

When Turner’s office finished counting the votes, Joe Biden beat President Donald Trump by 17 points—almost twice as much as Hillary Clinton won the county in 2016.

This isn’t an isolated case.

Some of them bought more early voting equipment, or to count mail-in ballots, both of which heavily favored Biden.

Yet there has yet to be a congressional hearing on these explosive facts, which are hiding in plain sight.

The evidence came from the elites’ favorite news source, National Public Radio, with a headline reading, “How Private Money From Facebook’s CEO Saved The 2020 Election.”

The NPR piece was part of a media that decided to take a victory lap after forcing Donald Trump out of office. Time Magazine ran an article titled, “The Secret History of the Shadow Campaign that Saved the 2020 Election,” which told readers the election wasn’t rigged; “it was fortified.”

Billionaires financing elections out of their own pocket “in and of itself is corrosive,” Rachael Cobb, associate professor of political science and legal studies at Suffolk University, told NPR. It “sullies [the election] in a way that we don’t need it to be sullied at all.”

“Sullies” could just be the tip of the iceberg.

A Facebook executive was recently caught on tape celebrating the fact that the social media platform’s voter registration drive won the election for Biden.

Did privately paying election workers and changing the way the vote was collected play a role, as well?

On Thursday, Congressmen peppered Zuckerberg with questions—with Republicans asking about censorship and Democrats claiming he hadn’t censored enough—but none of them asked the right question.