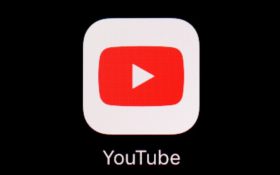 YouTube is making clear there will be no “birtherism” on its platform during this year’s U.S. presidential election.

Also banned: Election-related “deepfake” videos and anything that aims to mislead viewers about voting procedures and how to participate in the 2020 census.

The Google-owned video service clarified its rules ahead of the Iowa caucuses Monday. The company is mostly reiterating content guidelines that is has been putting in place since the last presidential election in 2016.

Google said that it will remove any videos that advance false claims about whether political candidates and elected officials are eligible to serve in office.

The company’s announcement comes about nine years after celebrity businessman Donald Trump began to get notice for claiming that Barack Obama, the nation’s first African American president, was not born in the United States.

Trump repeatedly voiced citizenship doubts even after Obama produced his long-form birth certificate. Trump only fully backed off from the idea in the final stages of his 2016 presidential campaign.

YouTube said it will also crack down on any attempts to artificially increase the number of views, likes and comments on videos. It changed its systems for recommending what videos users watch last year in a push to curb harmful misinformation.