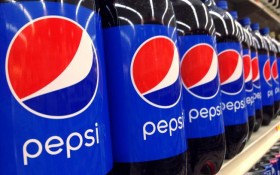 Smaller chips and drinks, but bigger profits – That’s the news out of PepsiCo. The company announced that smaller bags of potato chips and drinks that do not have Pepsi printed on them are helping push up their sales.

PepsiCo Inc. said Tuesday that snack volume in North America rose by 0.5 percent for the third quarter, while pricing pushed up sales for the division by 2 percent. The maker of Frito-Lay chips has been increasing options on sizes, offering Lay’s potato chips in a bag that is two ounces smaller than the traditional 10-ounce bag.

Tom Greco, the head of Frito-Lay North America said last month that the company is shaking up bag sizes because of shrinking U.S. households, but also to improve margins for retailers.

The company’s drinks unit for North America, which includes Gatorade and Aquafina water, also had a volume increase of 3 percent in the quarter, while higher pricing pushed up revenue by 5 percent.

Chief Financial Officer Hugh Johnston said the volume increase in its flagship region was driven by a nearly 10 percent rise in non-carbonated drinks, while sodas saw a 1.9 percent decline.

Both Coca-Cola and PepsiCo are facing an ongoing decline in soda consumption in the U.S., and more recently, a move away from traditional diet sodas. PepsiCo has blamed the latter trend on worries about aspartame, and this summer replaced the ingredient in Diet Pepsi with sucralose, a different artificial sweetener.

The company said it is too early to tell how that sweetener change will affect sales of the drink. Coca-Cola Co., based in Atlanta, reports its third-quarter results Oct. 21.

Meanwhile, CEO Indra Nooyi noted that the beverage industry is shifting away from sodas to non-carbonated drinks such as bottled teas. PepsiCo has said it stands to benefit from the trend, given the popularity of drinks like its Gatorade.

“I think focusing on just (carbonated soft drinks) is a thing of the past,” Nooyi said.

For the quarter ended Sept. 5, PepsiCo’s profit nevertheless plunged after it wrote down investments in Venezuela, taking a charge of $1.4 billion, or 92 cents per share, and continued to struggle with unfavorable currency exchange rates. But results were better than Wall Street expected as the maker of Quaker Oats and Mountain Dew soda hiked prices and trimmed costs.

Stripping out one-time charges, it said earnings were $1.35 per share, which was 9 cents better than Wall Street had expected, according to a poll by Zacks Investment Research.

Total revenue declined to $16.33 billion from $17.22 billion, stung by the impact of foreign currency translation, but was not as bad as Wall Street expected.

Venezuela, which has been trying to get control of hyperinflation for years, is using capital controls that have created issues for corporations.

PepsiCo said it will no longer include the results of its local Venezuelan subsidiaries and joint venture in its financial statements and will include only revenue relating to those operations to record cash received for those sales.

PepsiCo Inc. now anticipates a 9 percent increase in 2015 core earnings per share growth, on a constant currency basis. Its prior outlook was for an 8 percent rise.