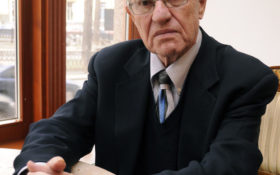 As Dershowitz points out, lawyers and civil libertarians have been investigating Trump for over a year — and have failed to find one shred of evidence of criminal wrongdoing.

As noted by Dershowitz, “Nobody would have been going after [Trump’s lawyer] Michael Cohen if he weren’t Donald Trump’s lawyer. That’s the reality.”

Critics of Mueller’s probe have raised the question several times over whether or not it was appropriate to raid Cohen’s office and home.

Many Americans feel as though Mueller has his target — the president — and will seek out any evidence that he believes will destroy him. And Mueller had hoped Cohen would supply that evidence, according to Dershowitz.

“People don’t investigate campaign contribution lapses or campaign rule violations generally about people who aren’t in the public life, and I just worry that when you have somebody with a target on his or her back – whether it is Hillary Clinton who could have been elected and had the same thing happen to her, or Donald Trump that civil libertarians ought to express concern.”

Our government’s so-called “Deep State” leaders do not want Trump in office, and the Harvard law professor says they have violated the president’s rights trying to get him out.

“I don’t want to live in the surveillance state,” he continued. “I want to do everything in my power no matter who the target is to prevent this from occurring,” said Dershowitz.

“It was Lavrentiy Beria who told Stalin, ‘Show me the man, and I’ll find your crime.’ You can go through the federal criminal code and find crimes that virtually any businessman, any politician has committed,” Dershowitz stated. “It is so easy to get a warrant. It is so easy to persuade a judge to give you a wiretap warrant. That simply doesn’t protect American citizens, and any civil libertarian who was exposed to what’s going on here today — if [former Secretary of State] Hillary Clinton were the subject — would be taking exactly the opposite position.”

Trump has been the government’s sole target for over a year, but as pointed out by Dershowitz, if Hillary was elected then Mueller would have never started a probe into her campaign.

Our freedom as Americans has been compromised as we watch our government attack and seek out nonexistent crimes of our president.

For over centuries, the American government has protected freedom — and now with Trump in power, liberal leaders have deserted that notiong and instead cling to a fantasy world where Trump is jailed for illegal campaign contributions.

When “Deep State” liberals keep one goal in mind — to take down the president — Americans’ civil liberties are put into danger. That is unacceptable.