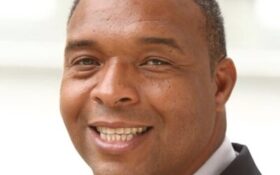 An ordained minister, prominent physician, and legislator Dr. William Spencer, D-N.Y., was arrest after police say he tried to trade opioid pills for sex with a woman in the parking lot behind a Goodwill store.

Little did he know that he was simply being set up by law enforcement officials.

According to NBC New York, DEA officers and local police formed a task force to take down the well-known doctor and top New York Democrat after he was suspected in a previous drug investigation. ABC 7 reports indicated that Spencer had intentions to meet who he thought was a prostitute for oxycodone pills, a powerful opioid drug.

The fall from grace is ironic. The doctor said his work was focused on combating the opioid crisis, as well as the prevention of tobacco, energy drinks, and caffeine consumption in minors. The longtime legislator has served nearly a decade in Suffolk County, New York’s District on Long Island and had been an integral part of an opioid task force.

The Horn News reported Monday about the increasing number of U.S. drug overdoses due to the pandemic and ongoing opioid crisis in America. Although the final number is yet to be tallied, experts and researchers note that overdose deaths had been trending upward even before the pandemic, and the pandemic lockdowns have seen that number increase dramatically.

Spencer — a health professional himself — likely knows this better than most.

And he used his position to allegedly exploit the very sick people he claimed to help.